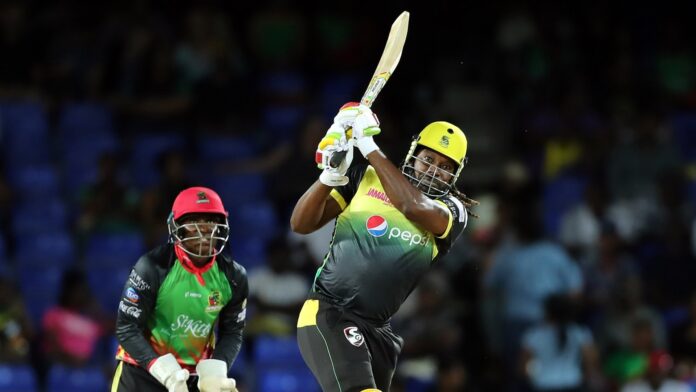 CPL means Caribbean Premier League. This league is the fastest growing league at the moment and the way it has progressed is really commendable. The Caribbean Premier League CPL has created a name for itself as being one of the liveliest, most colourful T20 leagues in the world. While the Indian Premier League or IPL is considered as being the pioneering T20 competition that paved the way for several other other successful leagues in the shortest format, the CPL has witnessed some thrilling matches since its inception in 2013.

In 2022, CPL made a comeback with its 10th edition. There is no doubt that one of the most joyous events in a limited overs cricket match for any fan, is watching your favourite batters pummelled the ball out of the ground for a maximum. We have witnessed some of the iconic sixes in CPL so far. If we talk about the longest sixes in CPL, Chris Gayle is a name that shines on the top. Not only does he have a record of hitting the most sixes but he has smashed some of them out of the stadium. Andre Fletcher is another name that comes next on this list to hit the longest sixes in CPL. Let’s take a look at the list of most number of sixes in the history of CPL.

Read more: Most Runs In CPL

Most number of sixes in CPL

Who has the maximum number of sixes in CPL history?

Chris Gayle has hit the most number of sixes (172) in CPL history.

Who has hit the most number of sixes in a single CPL match?

Which is the most successful team in the CPL?

Trinbago Knight Riders are currently the most successful team in the Caribbean Premier League, having won the title four times.