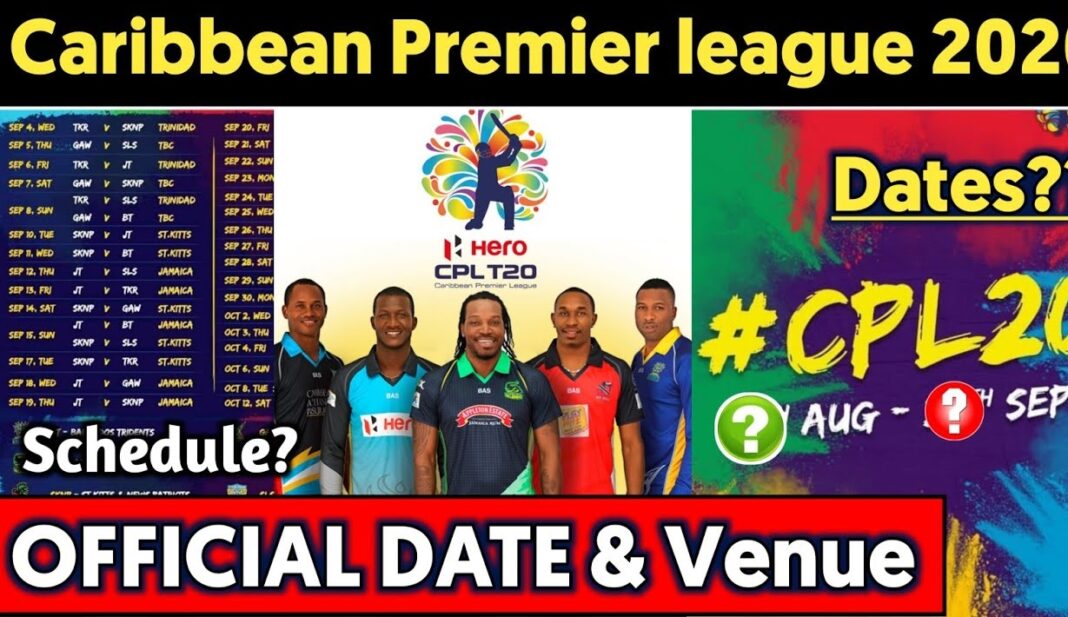 Going away for a lot of runs while bowling in T20 cricket is never a good thing. It is difficult in the broader situation, not just for the bowler’s confidence but also for the team’s spirit. There are times when conceding the most runs in Caribbean Premier League seems to be the norm.

When it’s a batter’s day, there’s nothing a bowler can do to stop the runs from flowing. Bowlers can only conclude that they had a horrible day in such a situation. There have been numerous instances in CPL cricket where bowlers have gone for much and then returned to pick wickets.

Today, we’ll look at the most runs conceded by bowlers in the CPL. The list will change with each new season of the event. Any new updates to this list of highest runs conceded will be communicated to fans:

Here are the top 9 bowlers who did worst bowling spells in CPL History!

Every cricket fan knows that James Neesham is not a four-over bowler. However, if you force him to do so, he will go on numerous runs. One such occurrence in the CPL has vaulted him to the top of the chart for most runs conceded.

When the Trinbago Knight Riders faced St Kitts and Nevis Patriots in the 2019 Super Over a game, there was no turning back for the supporters. St Kitts bowled first and were given a target of 216 to chase. The game, however, ended in a tie. James Neesham, who bowled four overs, was a costly bowler. In his four overs, he went for 68 runs at an economy rate of 17, which is far from ideal. TKR lost the match in the super over largely because of his bowling. To make matters worse, Neesham failed to pick a single wicket.

There is little doubt that the West Indies is a hotbed for quick bowlers. Every season, the CPL introduces new talent who makes an indelible impression. Raymond Reifer, a terrific left-arm pacer, is one such talent from the tournament.

The encounter between the St Lucia Stars and the Barbados Tridents was particularly memorable. When the Tridents were hammered by Kieron Pollard, it was Raymond Reifer who bowled first. The all-rounder then went on to score a century. Reifer scored 67 runs in four overs, resulting in an economy rate of 16.75. When Raymond bowled for ten boundaries in a row, Pollard took a special liking to him. Raymond Reifer picked up two wickets towards the end to make things a little more bearable.

Andre Russell is one of the most skilled all-rounders in global cricket, and his power-hitting ability is undeniable. However, his bowling has gone the distance on occasion, as the right-hander has racked up plenty of runs. The allrounder went for bucketload in one such case.

Andre Russell gave away runs for fun on July 30, 2016, during the game. Russell let up a lot of runs against the St Lucia Zouks. With the bat in hand, Zouks scored 206 runs. Andre Russell was the one who gave up 64 runs in four overs. Russell’s bowling was one of the key reasons why the Jamaican Tallawahs lost by 63 runs and helped the Zouks get cheval cheval. Even worse, Andre failed to take a single wicket in his four overs. He now holds the record for conceding the most runs in the CPL.

For the West Indies, Kemar Roach is the best test bowler. His predictable length and slow bowling strides make him easier to hit, and as a result, Kemar Roach joins the list of CPL bowlers with the most runs conceded. Interestingly, Andre Russell’s prowess helped Kemar Roach’s team win the game.

When the Jamaica Tallawahs faced the Trinbago Knight Riders on August 11, 2018, it was Andre Russell’s game. It will be remembered, however, for the runs given up by Kemar Roach. In the first innings, he bowled four overs and gave up 64 runs. The game came down to the wire, with Trinbago Knight Riders setting a 224-point target for Tallawahs. Unless Andre Russell got into his batting groove, Jamaica was never in the game. The fact that Kemar didn’t get a single wicket in the bowling innings is very disappointing.

It is not always necessary to have speed and bounce when bowling. When it comes to cricket bowling, the delicate use of the brain is more important. When his team was humiliated by the Jamaica Tallawahs, Alzarri Joseph etched his name into the record books for most runs conceded in the CPL.

The Jamaica Tallawahs batted first and scored a respectable 183 runs. The maestro created the score from Sangakarra with little contribution from others. Alzarri, on the other hand, was the most expensive bowler in the Patriots’ bowling effort. He was the most costly bowler in the match, bowling for 63 runs. His costly bowling was the reason for such a large score. In the end, the Patriots were bundled out and handily defeated. To make matters worse, Joseph failed to pick up a single wicket.

Oshane Thomas is one of the West Indies’ best-built and fastest bowlers. The gifted right-arm bowler has a blistering pace, which may be his undoing when he goes for runs. When the Trinbago Knight Riders faced the Jamaica Tallawahs, one such case occurred.

T and T took the field first and batted their hearts out. They were able to achieve 267 runs in 20 overs because of contributions from Colin Munro, Kieron Pollard, and Lendl Simmons. Almost every Tallawah bowler went for plenty. Oshane is the player with the most runs conceded in the CPL. He only gave up 63 runs in his four overs. The bowler’s economy rate is 15.7 percent based on this rate of the note. To make matters worse, Oshane failed to pick up a single wicket.

Ravi Rampaul is a West Indian bowler who became disoriented during the transition. In the West Indian lineup, his ability to bowl fast and swing the ball was uncommon. However, he struggled in the international arena due to a lack of opportunities. His name is also on the list of CPL players who have given up the most runs.

When T and T Red Steel took on the Barbados Tridents, Darren Bravo put on a batting show in front of the crowd. He went on to hit 80 runs off 44 pitches, bringing the team’s total to 184 runs. Ravi Rampaul was a particular favorite of his. Rampaul bowled four overs for 59 runs in his four overs with the ball. His economy would be 14.75 at this pace, which is far too high for any bowler. To make everything more understandable, he had Jacques Kallis’ wicket. However, it was his bowling that laid the groundwork for the team’s defeat.

When we talk about T20 cricket, Dwayne Bravo is the champion of the field. In white-ball, he has been effective with both bat and ball. But, on occasion, he goes for runs and ends up on the list of CPL players with the most runs conceded.

When his squad faced the Jamacia Tallawahs, he was a one-man show who dominated the game. When Andre Russell hit a stunning century with the bat, he smacked every bowler in Trinidad. Jamaica was chasing 224 runs but kept losing wickets. In the second inning, Trinidad’s Dwayne Bravo scored a lot of runs. In his four overs of bowling, he handed up 59 runs. Andre Russell, in particular, took a shine to his friend and crushed him all over the place. Bravo didn’t take a single wicket to make matters worse.

Everyone thought Ronsford Beaton was the next big thing in cricket when he first entered the CPL. The plus side was his accuracy, as well as the velocity and bounce. When the ICC summoned his action, however, his career took a turn for the worse.

He scored many runs in a game against the Jamaica Tallawahs, which proved to be the difference between the team’s win and loss. Tallawahs batted first in the second qualifier and scored 195 runs thanks to a century from Andre Russell.

In the first innings, Beaton was bowling and went all over the park. This specific encounter put him on the list of CPL players with the most runs conceded. He scored 58 runs in four overs, to be precise. Worse yet, he failed to take a single wicket.

2. Who are the bowlers who’ve conceded the same number of runs in a CPL match?

3. Who has conceded the least amount of runs in this list?

Roulette is a gambling game in which players bet on a number in a revolving wheel with black and red numbered segments. A ball...
Read more

Have you ever thought about playing and winning at an online roulette game? If you do, you must know how to play this game....
Read more