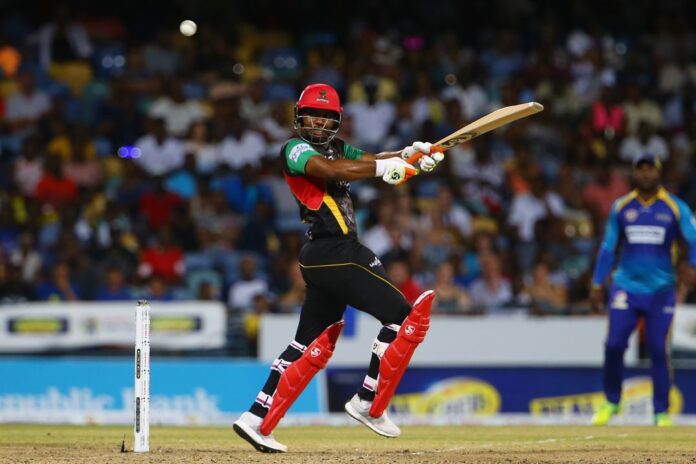 One of the most joyous events in a limited overs cricket match for any fan, is watching your favourite batters pummel the ball out of the ground for a maximum. The concept of awarding a batter six runs for clearing the boundary is perhaps one of the best things to be introduced in cricket and now with the T20 scene in full momentum, getting a six almost always ends up becoming a match-winning event.

An interesting fact for those who don’t know, though, is that before the year 1910 a batter was awarded a six only if the ball was hit out of the ground. In the event of the batter’s shot simply clearing the boundary ropes, five runs were awarded instead of six.

Highest Number of Sixes in the CPL

Following the introduction of the Twenty20 format in the early 2000s, cricket has witnessed an evolution in terms of gameplay. Now, the distance of sixes is also calculated across most commercial T20 cricket leagues and players receive rewards for breaking the maximum distance record.

The Caribbean Premier League (CPL), one of the most sought-after T20 cricket leagues in the world features some of those batters that have been rewarded for literally hitting a ‘maximum.’

One such figure is the ‘Universe Boss’ Chris Gayle, who has the distinction of hitting the highest number of sixes in the CPL. In 85 matches and 83 innings, Gayle has a record of smashing 172 sixes during his time in the Caribbean league and is famous for always attempting to go the distance rather then getting boundaries.

Following very closely behind is the explosive left-handed Evin Lewis with 167 sixes from 79 innings in the CPL. Lewis is known for timing the hooks and pulls to perfection and is capable of demolishing any bowling attack on his day. These traits make him one of the most dangerous and sought-after players in the Caribbean Premier League.

At number three is the big, burly Kieron Pollard who has recorded 147 hits over the boundary from 84 innings. In his close to nine-year long career at the CPL, Pollard has been considered a threatening batter and he has a strike rate better than Gayle and Lewis at 153.58.

Another batter that has been around as long as the others is Lendl Simmons. Simmons, during his time at the CPL until date, has a total of 133 sixes to his name. The 37-year-old right handed batter has played more matches than the three players mentioned above with 93 caps to his name. Simmons has been considered as one of the most seasoned CPL players.

Most 6s in CPL FAQs

Q. Who has the maximum number of sixes in CPL history?

Ans. Chris Gayle has hit the most number of sixes (172) in CPL history.

Q. Who has hit the most number of sixes in a single CPL match?

Q. Who has scored the fastest fifty in the Caribbean Premier League?

Ans. Andre Russell smashed the fastest fifty in CPL history, getting to the mark in only 14 balls when playing for Jamaica Tallawahs against St. Lucia Kings in 2021.