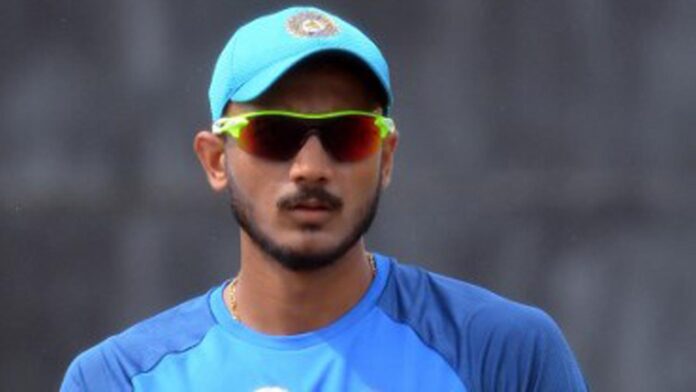 Sri Lanka levelled the three-match series on Thursday (December 5) with a 16-run victory in the second T20I played in Pune, ending their winless streak in T20Is against India in India dating back to February 2016. Dasun Shanaka’s historic half-century (56* off 22) and Kusal Mendis’ quick fifty (52 off 31) helped Sri Lanka reach its lofty total of 206/6. With just over 50 on the board, India lost half of their side in just 10 overs. Axar Patel (65 off 31) and Suryakumar Yadav (51 off 36) made strong comebacks, but Sri Lanka ultimately won the match as their captain capped off a strong performance with two wickets in the final over.

An update on Shanaka’s blitz

With Sri Lanka struggling at 110/4 as Shanaka entered the crease, he observed from the opposite end as Charith Asalanka hit two sixes off Yuzvendra Chahal and then another maximum off Umran Malik. However, Asalanka and Wanindu Hasaranga were dismissed in Malik’s 16th over, leaving Sri Lanka six down. Anything between 170-180 would have been a competitive total at 147/6 after 17 overs. Shanaka, however, had other plans. By pushing Malik to the ground for a four, top-edging a six over fine leg, and slicing one over cover for a maximum, he attacked Malik. In his two overs of bowling, Arshdeep Singh had a forgettable game, giving up five no-balls, and in the 19th over, Shanaka hit him for a six and a four. The Sri Lankan captain struck Shivam Mavi for three sixes in the final over as the visitors passed the 200-run mark, leaving India with a difficult task.

How did Sri Lanka begin procedeings?

Very nicely. They used Kusal Mendis’ 31-ball 52 to exert pressure on the Indian bowlers in the opening half of their innings after being asked to bat. While Arshdeep went for 19, including a four and a six for Mendis, Hardik Pandya had a clean over in the first. In addition, the batsman attacked Pandya and Mavi as Sri Lanka quickly reached 47 in four overs. Sri Lanka finished the powerplay at 55/0 as India’s spinners were able to moderate the pace a little. However, Mendis struck Axar Patel for a six and Malik also gave up a six as Mendis reached fifty off just 27 balls, giving Sri Lanka a strong starting point.

Did India have any successful passage of play with the ball?

They did, indeed. Mendis’ stay was interrupted by Chahal trapping him in front, and India used the DRS to overturn the on-field ruling of not-out. Bhanuka Rajapaksa was removed by Malik as he attempted to direct a quick delivery to the third man but instead chopped it onto the stumps. Pathum Nissanka and Dhananjaya de Silva were both dismissed by Axar, which caused Sri Lanka to falter midway through their innings before Shanaka helped them reach a respectable total.

How did India perform with the bat in response?

India struggled as they lost wickets rapidly during the powerplay. Rajitha bowled Ishan Kishan in the second over as he attempted to flay one over the boundary. In the same over, Shubman Gill also left the game after giving a catch to the middle in an attempt to play a pull on an inadequately short delivery. After making a strong start with a boundary, rookie Rahul Tripathi attempted a drive off Dilshan Madushanka but missed the keeper by a whisker. After smashing a six, Pandya was removed by Chamika Karunaratne as India fell to 34/4 in the fifth over and only had 39 at the end of the powerplay, falling short of the necessary rate of 12.

Ray of hope for India due to a counter-attacking partnership

Axar received a couple of fortunate breaks when the wicketkeeper Mendis made mistakes, dropping catches and throwing wide to the bowler as Axar was sprinting back to the non-end. striker’s The needed rate kept rising and at one point exceeded 15 yet Axar continued to push the boundaries, at times even clearing the fence. However, Axar countered, scoring the majority of the runs in a half-century partnership that took 25 deliveries, with the left-handed batter’s hat-trick of sixes off Hasaranga in the 14th over serving as the highlight. In the same over, which resulted in 26 runs, Suryakumar also scored six runs. The equation changed to 68 off the final five overs when Suryakumar and Axar both hit sixes against Karunaratne in the 15th over.

In the 16th over, Suryakumar reached fifty runs off just 33 balls. However, the 91-dollar partnership was dissolved in the same round when Suryakumar missed a loft. Madushanka, bowling the 18th over, allowed just one run off the first three deliveries and the total was reduced to 50 off three overs. Rajitha, who concluded with impressive numbers of 2 for 22, managed 12 off the last three, while Mavi struck out for 6, 4, and 6 off the final three. The hosts needed 21 runs off the final over, but Shanaka decided to bowl it. He knocked out Axar and Mavi while giving up only four runs to excel all around.