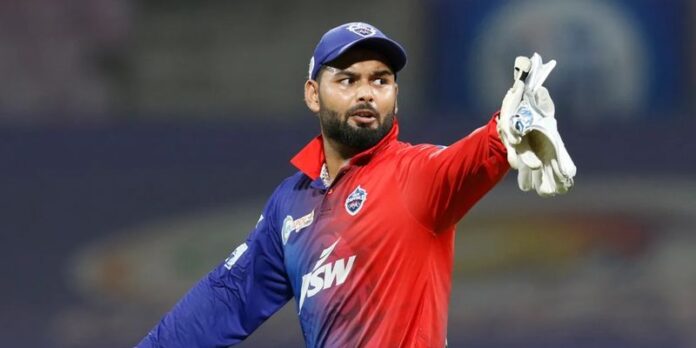 Rishabh Pant will be airlifted from Dehradun by the Board of Control for Cricket in India (BCCI) due to an injury. In a review conference on Wednesday (January 4) with the board’s medical team about Pant’s health, who had narrowly avoided a car accident, the BCCI secretary Jay Shah made the decision.

The BCCI and doctors at Max Hospital in Dehradun, where the 25-year-old is recovering from various injuries received in the December 30 traffic accident on the Delhi-Derhadun Highway, certified the information before it was decided upon. The transfer of Pant to Mumbai will happen on Wednesday.

In order to transport Pant to Mumbai for treatment of the ligament tear in his right knee, Shah has urged the Board representatives to deploy an air ambulance. As Cricbuzz recently reported, Pant is anticipating a protracted period of inactivity from the game; those who are keeping track of his situation estimate that it may take at least six months.

The Kokilaben Dhirubhai Ambani Hospital’s medical staff will determine the following course of therapy. It is understood that a special air ambulance is being organized to take Pant to Mumbai as the story is being filed.

According to the BCCI medical staff, in addition to the ligament tear on his right knee and two wounds to his forehead, Pant also sustained injuries to his right wrist, ankle, toe, and back. Soon after the accident, Shah assembled a medical team that counseled the Dehradun hospital medical personnel against repairing the man’s torn ligament. The BCCI had assumed responsibility for the illness’s treatment, which will now be carried out in Mumbai.

In addition to being a Grade A cricketer on the BCCI centrally-contracted player list and a proven match-winner for the Indian team, Pant has received special attention from the BCCI.

Following a review meeting held under Shah, the BCCI decided to send Pant to Mumbai as soon as it was practical to do so. It had been their goal to do so, and the decision was made on Wednesday.

The Kokilaben Dhirubhai Ambani Hospital and Medical Research Institute will receive Pant, according to the BCCI, which also confirmed that he will be transported to Mumbai in an air ambulance. He will be directly supervised by Dr. Dinshaw Pardiwala, Director of Arthroscopy & Shoulder Service at the hospital and Head of the Centre for Sports Medicine.

Pant will have surgery and further treatments to repair a ligament rupture, and the BCCI Medical Team will continue to keep an eye on him throughout his recuperation and rehabilitation. The BCCI said in a statement that “the Board would make every effort to facilitate and expedite Rishabh’s rehabilitation process and will offer him with all the support he needs during this period.”