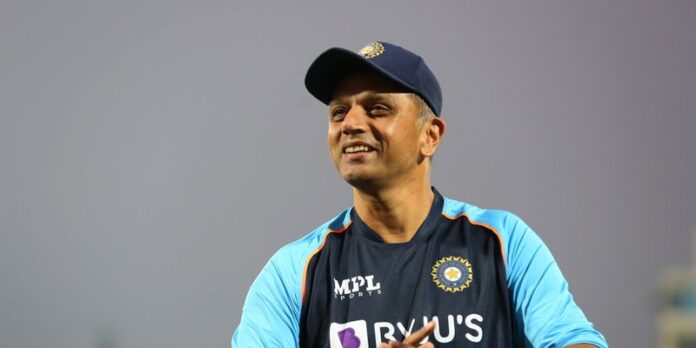 For their home T20I series against Sri Lanka, India’s head coach Rahul Dravid has a rotating lineup and has pleaded for tolerance while the team’s future stars find their footing.

India lost the second T20I against Sri Lanka by a score of 16 runs, and the visiting captain Dasun Shanaka was named Player of the Match for his outstanding performance with both bat and ball. The season finale will take place on Thursday in Rajkot.

In the loss at the MCA Stadium, bowling discipline was scrutinised since wides and no-balls were allowed to contribute to a Sri Lankan total of 206/6. At 34/4 in their response, India was having trouble with the bat, and despite Suryakumar Yadav’s (51 from 36 balls) and Axar Patel’s (65 from 31 balls) best efforts, they were eventually unsuccessful.

Arshdeep Singh struggled with his run-up during his return to the international team, bowling three consecutive no-balls in his first over before returning to bowl two more in the final over. He finished with a score of 0/37 from the two overs, and Sri Lanka took advantage of the extra chances.

Arshdeep and the young bowling squad were quickly defended by Dravid for their inconsistent play, saying that practise will pay off.

In any game type, but especially in the T20 format, nobody likes to bowl wides and no-balls.

“The young children will occasionally play games like this, and I believe we all need to be patient with them, but we also need to understand that games like this are impossible.

“I believe that learning is difficult for them. Learning in international cricket is difficult. You must pick things up on the job. With these folks, I believe we will need to exercise some patience.

Only four of the team’s players from the 2022 T20 World Cup semifinal loss to England were on the field for the second game of the current series, maybe with an eye toward the 2024 T20 World Cup in the USA and the West Indies.

Although the squad wants to make the most of the opportunities to strengthen the nation’s collective depth in T20 cricket, Dravid acknowledged that this year the other two formats are given higher importance.

“The good news is that this year, a lot of attention will be paid to the World Test Championship and the 50-over World Cup. The T20 matches we play definitely provide us a chance to test out many of the younger players and, hopefully, give them opportunities as well as just support and back them.

“Of course they are becoming better. We continue to put in a lot of effort and attempt to provide them with the finest technical assistance we can, as well as the best atmosphere possible for them to utilise their skills to the fullest.

With a final XI expected depending on the condition of the Rajkot pitch, Dravid said that no significant changes will be made for the series finale.

“I haven’t given the third game any attention. No, I don’t anticipate there to be a lot of experimentation. Once we go there, we’ll look at the wicket and make an assessment. The boys that are now participating are a fairly young team.”

Therefore, we won’t be cutting and changing too many people.