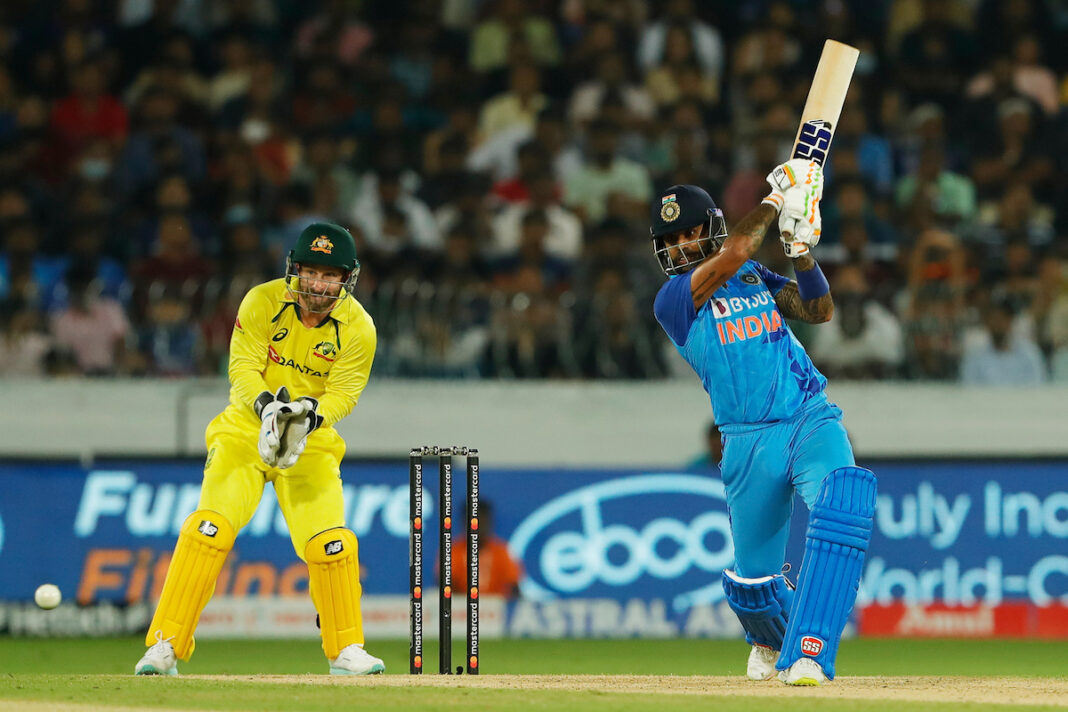 Ace batters Virat Kohli (63) and Suryakumar Yadav (69) smashed splendid half-centuries while putting up a century partnership as India defeated Australia by six wickets with one ball to spare in the 3rd T20I at the Rajiv Gandhi International Cricket Stadium. The win also saw the Men in Blue clinch the series 2-1.

After the fall of KL Rahul and Rohit Sharma with 30 runs on the board, Kohli held the innings together along with Yadav for a 104-run partnership before stitching another crucial fourth-wicket stand with Hardik Pandya (25 not out) to successfully change a fairly challenging total, albeit on a good batting pitch.

India’s bowlers did well, restricting Australia to 186/7 although the target could have been much lower.

The Aussies got off to a dream start after Cameron Green (52) took apart the Indian bowlers, before they made a comeback in the middle overs. However, the dangerous Tim David (54) helped take the visitors to 186/7.

The ball moved around for the Australian bowlers early on as Rahul and Sharma departed early. But Kohli and Yadav came together as India reached 187/4 in 19.5 overs after Hardik Pandya finished it off with a boundary.

Kohli recorded his second century partnership at the Rajiv Gandhi Stadium after a 102-run stand with KL Rahul against the West Indies back in 2019.

En route to his 69, Suryakumar Yadav became the highest scorer in T20Is this year, scoring 682 runs in 20 innings to overtake Nepal’s DS Airee (626 runs from 17 innings).