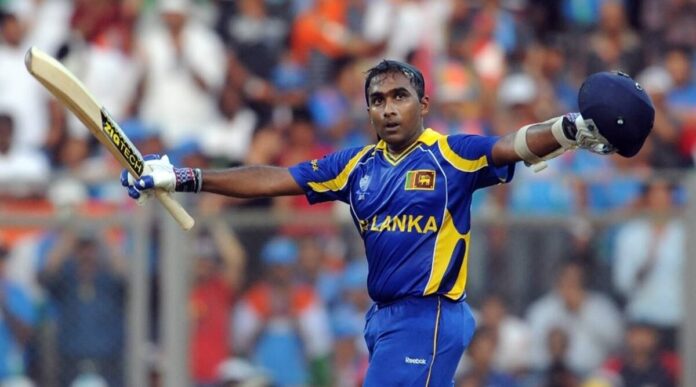 With the 2022 ICC Men’s T20 World Cup just around the corner, the 12 nations that have already qualified for the mega event have been keeping busy competing against each other in the shortest format of the game. Defending champions Australia are already looking a dangerous side, beating India by four wickets in their first T20I match at Mohali, Punjab. Chasing an imposing target of 209, the Aussies made light work of India’s depleted pace attack to finish at 211/6 with four balls to spare.

India, meanwhile, have lacked bite in their pace bowling lineup in the absence of Jasprit Bumrah. Bhuvneshwar Kumar has proven expensive the last few matches and so has Harshal Patel. Aside from Axar Patel, none of the other Indian bowlers could contain the visitors’ batters.

Pakistan, on the other hand, are hosting England and have just come off a spectacular 10-wicket victory, chasing down England’s 199/5 with three balls remaining. If anything, the Pakistanis look like a side to be reckoned with in the upcoming T20 World Cup 2022.

South Africa and New Zealand too, are expected to come good in the upcoming tournament. Also, Asia Cup champs Sri Lanka have looked a reformed side, defeating every team in the tournament including India, Pakistan, Bangladesh, and Afghanistan. With their current form, it won’t come as a surprise if the Lions come anywhere close to lifting the coveted T20 World Cup 2022 title this time around.

This time, however, batting could prove to be challenging for most teams – especially those from the Indian subcontinent – on the hard, bouncy Australian pitches where the ball latches on the bat faster than most batters would anticipate. Batting will play a crucial role this T20 World Cup 2022 and it will be interesting to see which players emerge top-scorers of the tournament and most of all, if they can score fifties and hundreds at will.

For now though, while the T20 World Cup fever surrounds us, let’s look at the top 10 highest run-scorers in T20 World Cup history:

Sri Lankan legend Mahela Jayawardene holds the record for scoring the most runs in T20 World Cup history. The right-handed batter has amassed 1016 runs in 31 T20 World Cup matches from 2007 to 2014. Jayawardene has a highly impressive average of 39.07 and a strike rate of 134.74. He is also the only player to cross the 1000-run mark in T20 World Cups. The former Sri Lanka batter also has a century and six half centuries to his name.

Having the distinction of being the only player in ICC T20 World Cup history to have scored two centuries, Chris Gayle has scored 965 runs in 33 matches at an average of 34.46. The ‘Universe Boss’ has a spectacular strike rate of 142.75.

Another Sri Lankan batsman, Tillakaratne Dilshan is at number three. A dangerous batter and a wily off-spin bowler, Dilshan has featured in six T20 World Cups, playing 35 matches and having scored 897 runs at an average of 30.93 and strike rate of 124.06.

Rohit Sharma is the fourth highest scorer in T20 World Cup history, having amassed 847 runs in 33 matches with an average of 38.5 and strike rate of 131.52. Rohit currently holds the record for scoring the second-highest number of half centuries (8).

The next player in the list needs no introduction. Considered one of the best batters in modern day cricket, Virat Kohli is the fifth-highest scorer in T20 World Cup history with 845 runs to his name in 21 matches. Kohli has an unbelievable average of 76.63 and a strike rate of 129.6. The former India skipper holds the record for the most number of half centuries (10) in T20 World Cups.

The Australian left-handed opening batter comes in at number six on the list, having scored a total of 762 runs from 30 matches. While David Warner hasn’t scored a century in T20 World Cups yet, he has scored six half centuries at an average of 27.21 and strike rate of 135.1. He’s another player to watch out for this T20 World Cup 2022, considering the home advantage.

The former South African batter had a quiet start to his career before exploding into the limited overs scene with his extremely dangerous batting. De Villiers scored 717 runs from 30 matches at an average of 29.87 and an impressive strike rate of 143.4. He also had five fifties to his name.

Bangladesh all-rounder and one of the country’s most prolific players ever, Shakib Al Hasan has excelled in the shortest format of the game. He has already amassed 698 runs in 31 matches, averaging 26.84 and building a strike rate of 124.64. With three half centuries to his name, the left hander is also an effective bowler.

The charismatic Sri Lankan is also part of the top 10 list of highest T20 World Cup scorers, having produced 661 runs in 30 innings during his career from 2007-14. While Sangakkara’s average of 25.42 and strike rate of 112.2 may not be all that impressive, he was certainly an important anchor to Sri Lanka’s innings during his time at the crease.

It goes without saying that Pakistan’s Shoaib Malik is perhaps one of the country’s most experienced players in the T20 format. A handy off spinner and a ridiculously dangerous batter, Malik has accumulated 646 runs from 31 innings for an average of 34.00 while maintaining a strike rate of 123.28. Unfortunately, he is not part of Pakistan’s squad for the T20 World Cup 2022 scheduled to be held in Australia.

The ICC Men’s T20 World Cup 2022 promises to be a cracker of an event as defending champions Australia hold a home advantage. It will be interesting to see which of the other 15 teams will be able to give the Aussies a run for their money.

Following is the list of teams competing in the T20 World Cup 2022 in Australia: