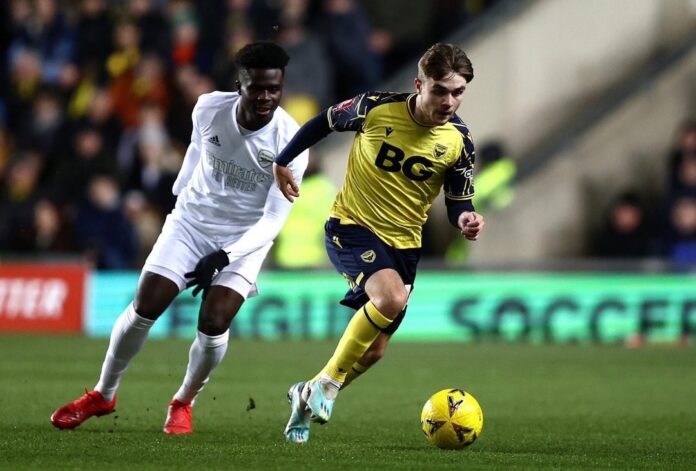 Mohamed Elneny and Eddie Nketiah scored in Arsenal’s 3-0 win over hosts Oxford United during their third round match of the Emirates FA Cup.

Both teams struggled to create chances in the first half at the Kassam Stadium. However, in the second half, Elneny’s header and a twin strike by Nketiah saw the Gunners seal a comprehensive win. Arsenal controlled the first 20 minutes and the rest of the first half too, but were unable to create opportunities.

The hosts, however, produced the first shot on goal in the 25th minutes, with Cameron Brannagan’s long-range shot blocked.

The Gunners generated chances and soon, they appealed for a penalty after Albert Lokanga’s shot appeared to find Elliott Moore’s arm, but any possible decision was ignored. Eddie Nketiah’s flick in the 43rd minute went over the bar in the best chance of the first 45 minutes.

However, Elneny earned Arsenal’s first goal just after the hour mark. He was left unmarked in the box, before heading home a Fabio Viera free-kick for his first goal in over 18 months.

Nketiah doubled their lead seven minutes later, rounding the keeper and slotting home. He then sealed victory for the Gunners with another superb strike to set up up a fourth round clash against Manchester City.