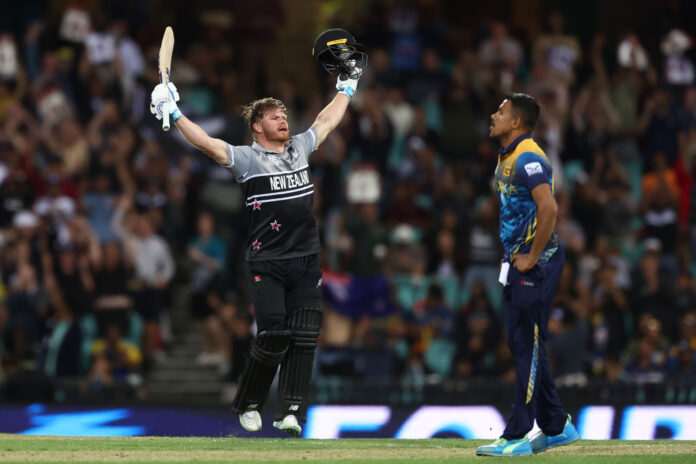 Phillips scored 104 off only 64 balls, studded with 10 fours and four sixes, while sharing an 84-run partnership with Daryl Mitchell as New Zealand recovered from 15/3 to 163/7. Boult and Tim Southee then wreaked havoc, reducing Sri Lanka to a mere 8/4 in 3.3 overs. Bhanuka Rajapaksa and Dasun Shanaka delivered some lusty shots but Sri Lanka were eventually bowled out for 102 in 19.2 overs.

The win see New Zealand top Group 1 with five points in three matches and are a step closer to sealing a place in the semifinals. Sri Lanka, meanwhile, are on two points from three matches. The 65-run victory is New Zealand’s biggest against Sri Lanka in terms of runs in T20I matches.