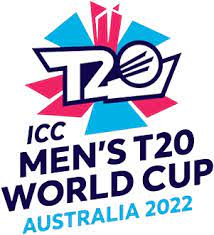 Australia’s title defense stalled after England’s victory against Sri Lanka on Saturday, which led to their group-stage elimination.

The team’s performances in this year’s tournament and throughout the run to the title in 2021, according to batter Glenn Maxwell, have been noticeably different.

“It’s likely that we haven’t assembled the entire game.

“There were a few World Cup games last year where we likely did, like Bangladesh, West Indies, and Sri Lanka, where we played the entire game virtually back-to-back. We completed the game fast and with precision in all areas, giving us clinical performances.

“This year, we’ve probably missed a couple of opportunities. Several batters have received starts but have yet to perform well.

In my opinion, we don’t have any batters in the top five, six, or ten-run scorers. We won’t likely have the better wicket-takers either; instead, we’ve been making small gains here and there.

Australia’s Super 12 campaign was severely hindered by their colossal loss to New Zealand in the opening match, which left them with a net run rate deficit that was crucial in England finishing with the same number of points but higher on NRR.

With Finn Allen launching New Zealand to an early lead with 42 from 16 balls inside the first few overs, Maxwell felt it was more a case of an opponent executing their game correctly on the day than if Australia’s preparation for the event was incorrect.

“I believe we were so eager to start the tournament. 15 games in various locations in generally favorable conditions made it likely the longest lead-in we’ve ever had, according to Maxwell.

“Once that fifteenth game against India at the Gabba was completed, there was virtually a sigh of relief among the team; finally the tournament can begin.

“We were ecstatic, rested, psyched up, and prepared to go. They merely had a player who was more effective that day.

Australia’s home World Cup has come to a close without the hosts ever really getting off to a strong start due to a combination of the defeat to New Zealand, other losses, and the washed-out match against England.

In order to find the elusive “full game,” Maxwell and the company will now focus on the 50-over format before the 2023 ICC Men’s Cricket World Cup begins in India in October.