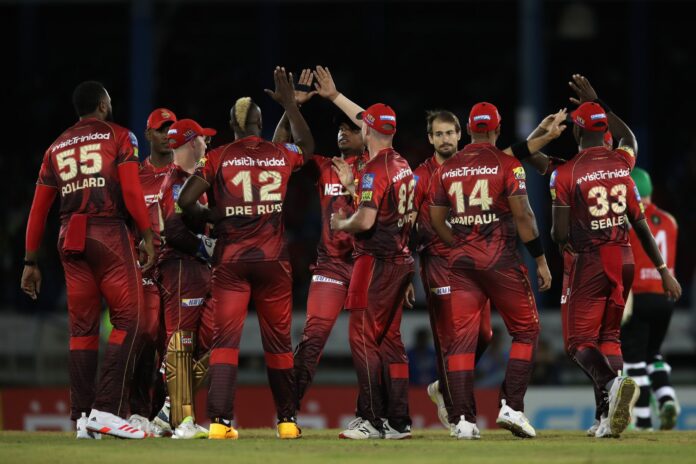 Earlier, Guyana Amazon Warriors won the toss and chose to field first. Opener Tion Webster was out first ball of the match, caught leg before, but Nicholas Pooran (20) and Colin Munro (42) came together to stabilise the innings.

Needing a little over 7.5 runs per over to win, Guyana lost opener Paul Stirling in the very first over to Daryn Dupavillion. Guyana laboured to 81/3, but wickets began to fall and they were finally dismissed for 124 in under 18 overs. Andre Russell (3/16) and Akeal Hossain (3/36) and Narine (2/9) did an excellent job with the ball to ensure their side snatched a somewhat narrow 26-run victory.