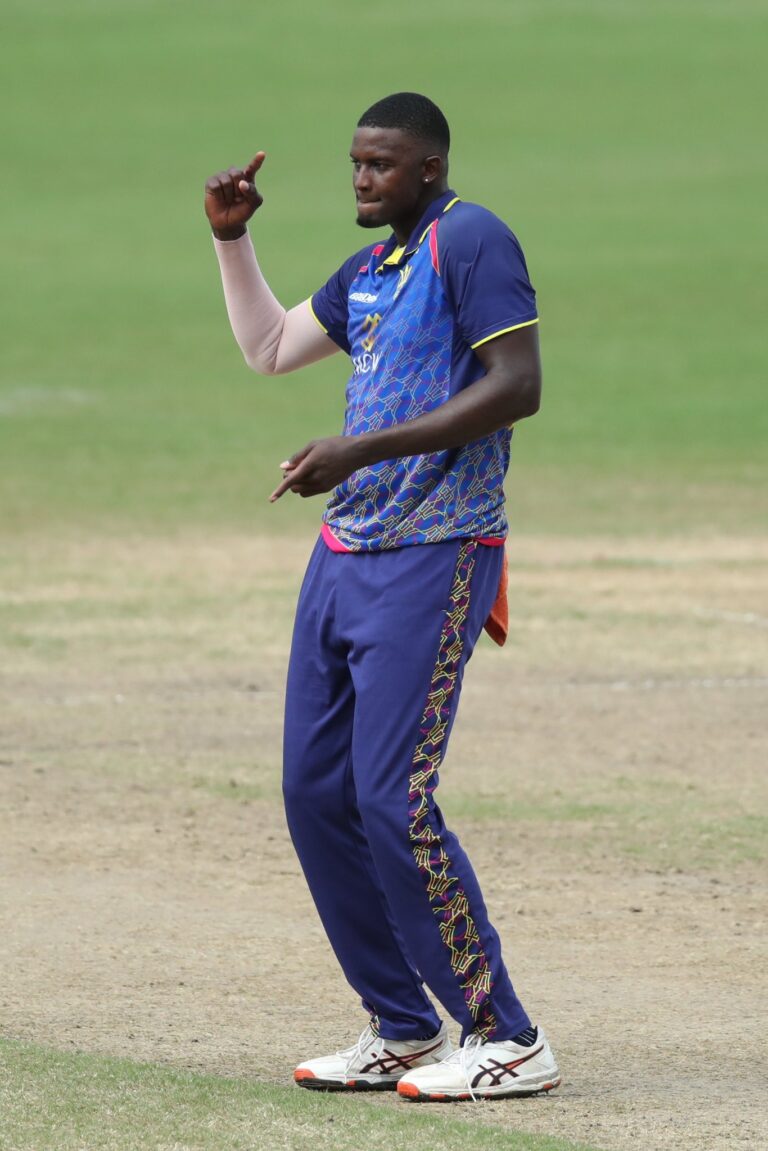 Barbados Royals confirmed their spot in the playoffs of the Caribbean Premier League (CPL) 2022 following an exciting 26-run win against Guyana Amazon Warriors after the match was reduced to 16 overs.

Meanwhile, St Lucia Kings defeated Trinbago Knight Riders by just one run to take a step closer to the final four for the CPL 2022 play-offs.

Barbados have 14 points from eight matches, while St. Lucia and Jamaica Tallawahs have eight points each. St. Lucia possess a higher Net Run Rate (NRR) than Tallawahs while Trinbago Knight Riders are placed fourth with seven points. St. Kitts and Nevis Patriots are fifth with six points while Guyana Amazon Warriors languish at the bottom with only three points.

But what looked like a very achievable target turned out to be an uphill climb as the Royals’ bowling attack, led by Mujeeb and Rahkeem Cornwall, contained the run rate to hand the Royals a victory.

Guyana Amazon Warriors’ spinners took advantage of the slow track and were responsible for claiming all six wickets of the innings. The Royals were reduced to 62/5 when there was a rain delay. After resumption, Imran Tahir removed David Miller but Jason Holder and Mujeeb Ur Rahman stitched a 39-run partnership off only 16 balls to allow the Royals a decent total to defend.

Needing to bowl their hearts out, Mujeeb ur Rahman and Rahkeem Cornwall were menacing in the first four overs as they restricted the Warriors to 12/1 at a run rate of only 3 per over. Guyana Amazon Warriors’ batters just couldn’t find their form as the Royals restricted them to a mere 81/9 in 16 overs.

The Knight Riders had won the toss and fielded first. Johnson Charles (54) scored a half-century that gave the Kings a quickfire start. The Knight Riders did restrict the Kings in the middle overs, but a brutal knock of 33 off 14 balls from David Wiese took them to 147/6 in 20 overs.

The Knight Riders lost three early wickets inside the PowerPlay includingLeonardo Julien, Colin Munro and Nicholas Pooran (0). They never really recovered from their nightmarish start and were left with an uphill task from there on.

Tim Siefert (44), Kieron Pollard (34) and Andre Russell (in the late overs) tried to take their side to victory but they eventually fell just one run short, finishing at 146/6 in 20 overs.