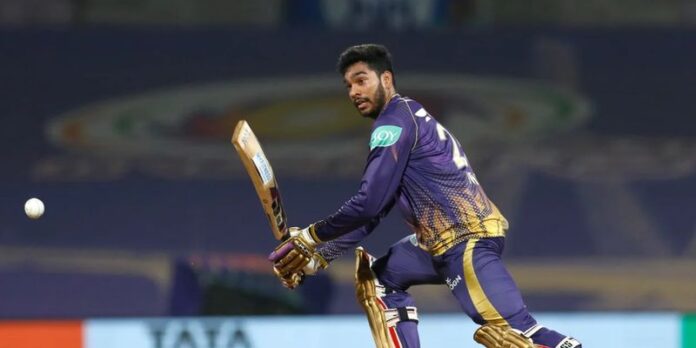 Kolkata Knight Riders opening batter Venkatesh Iyer was brought back to the playing XI and he opened the innings against Mumbai Indians. The left-handed batter made a statement as he gave his side a brilliant start which helped them in the first phase of the game against the Mumbai Indians.

Kolkata Knight Riders opening batter Venkatesh Iyer was pleased to be back in the playing XI of the side in their game against Mumbai Indians. The left-handed batter was at his best as he smashed the Mumbai bowlers to all parts of the ground and helped his get a really good start in the first phase of the game. Iyer scored a quickfire 43 from 24 balls which included four sixes and three boundaries at a strike rate of 179.16.

The KKR all-rounders batting performance helped them get to the 165 in their 20 overs which proved to be a winning total in the end. Venkatesh Iyer expressed his happiness as he talked about his return to the side after the game and scored some valuable runs. “I was dropped for a couple of games. Coming back and opening the innings was good. The most important thing is we won. That’s what feels good. Irrespective of what you contribute, if the team wins, naturally you feel happy. It’s important to contribute to the team, whether I bowl or field or bat, you always want to contribute to the side irrespective of whatever skill you are trying to do,” Iyer said while speaking to host broadcaster Star Sports.

The left-hander also talked about his form in IPL 2022 and also about the way he intends to go about his game. My intent is always positive and aggressive. Sometimes it comes off, sometimes it doesn’t. But T20 cricket, you always have to maximise those first six overs. With the middle order we have, it’s very important for us to get a good start so they can contribute” Iyer concluded.