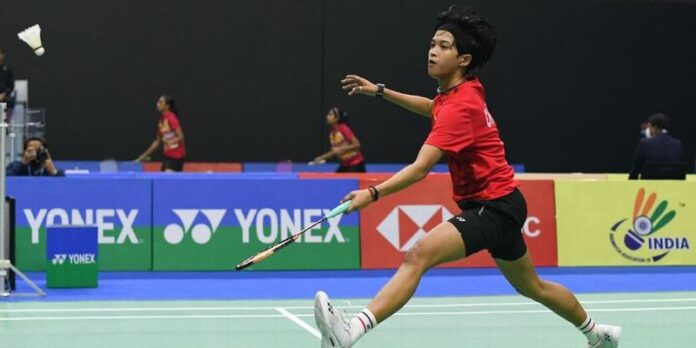 The Indian women’s badminton team sealed its place in the quarterfinals of the Thomas & Uber Cup 2022, with a 4-1 win over the USA, in their Group D tie on Tuesday. Team India will take on Korea next, in the last league match, which will decide the toppers of the group, on Wednesday.

It all started with double Olympic medalist PV Sindhu getting past world no.95 Jennie Gai 21-10, 21-11 in the first singles rubber. The Indian dominated the match right from the start, and at one stage led 16-4 in the first game. Eventually, the match ended in only 26 minutes.

Next up, the doubles team of Tanisha Crasto and Treesa Jolly gave India a 2-0 lead after they won their match 21-19, 21-10 against Francesca Corbett and Allison Lee. The Indian girls were slow off the blocks, and were trailing 5-11 in the first game, but made a remarkable comeback.

Aakarshi Kashyap too wrapped up her match in style, as she beat Esther Shi 21-18, 21-11. Meanwhile, the second doubles pair of Simran Singhi and Ritika Thaker lost their match against Lauren Lam and Kodi Tang Lee 12-21, 21-17, 13-21, but that did not make any difference on the overall result of the tie.

In the last clash, Ashmita Chaliha posted an easy win over Natalie Chi, 21-18, 21-13. On the other hand, the men’s team too made it to the quarters and will play their final group match against Chinese Taipei on Wednesday.

In the 2020 edition too, both the teams had made it to quarters.