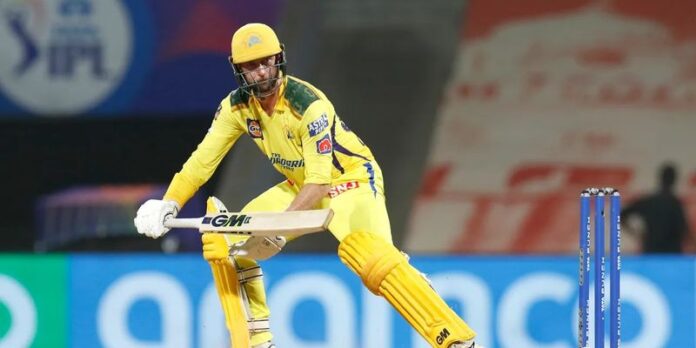 The defending champions Chennai Super Kings have not had a great IPL 2022 thus as they find it tough to qualify for the playoffs this season. But, the good thing for them is Devon Conway’s form and former India cricketer heaped praise on the left0hander who has batted superbly in the last few games.

The defending champions Chennai Super Kings have not had a great IPL 2022 as they will need a lot of things to go their way if they want to qualify for the playoffs this season. CSK did not start the tournament well as they lost 5 games out of the six that they played under Ravindra Jadeja‘s captaincy in the beginning. Following this, Ravindra Jadeja decided to step down from the captaincy of the franchise and handed it back to MS Dhoni.

Devon Conway, the CSK opening batter has been a game-changer for the CSK team. The left0hander has batted beautifully in the last few games which has helped the MS Dhoni-led side get brilliant starts and set the tone for the rest of the games. Former India cricketer Mohammad Kaif was all praise for the batter who has smashed three consecutive fifties for his side.

“After playing just 1-odd match, he (Devon Conway) was dropped. The way Conway has been batting, Chennai will be regretting their earlier mistake. They will be thinking ‘we made a mistake; we couldn’t utilise him properly’. Conway has class. I watched his entire innings, he has all types of shots. He plays 360-angle shots, plays the reverse sweep, and the (conventional) sweep. He uses his feet well as well. The bowlers don’t know which shot he’s going to play. Conway played a magnificent innings on a pitch where the ball was gripping,” Mohammad Kaif was quoted as saying by Sportskeeda.

CSK will be hoping that Devon Conway can replicate his performances in their upcoming games as well.