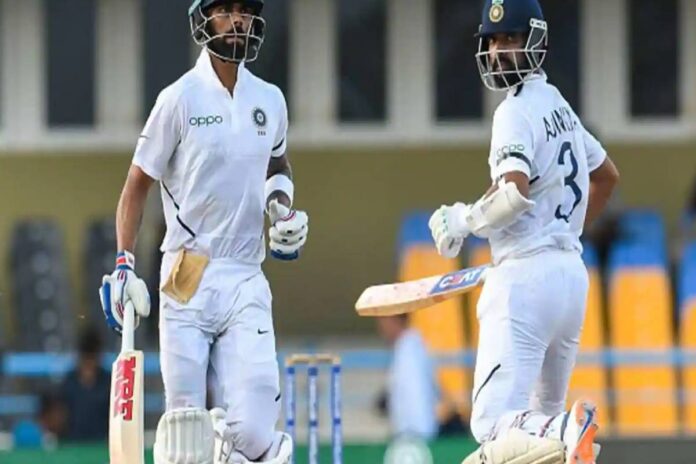 Former Aussie pacer Shane Lee made a bold claim that if he were an Indian selector, he would rather have Ajinkya Rahane as Test captain than regular skipper Virat Kohli. Lee also asserted that the Indian team looks scared under Kohli and relaxed when Rahane is at the helm of affairs.

Virat Kohli’s Test captaincy is being questioned by a few fans and former cricketers, especially after India won a remarkable Test series in Australia in his absence with a weak side. Ajinkya Rahane has been hailed for his exemplary leadership, the magnificent ton at the MCG that set the tone for India’s fightback and also the way he dealt with the racism issue when Indian players were confronted with it in the third Test at the SCG.

But the matter of fact is Virat Kohli will be taking over the captaincy from Ajinkya Rahane for the home Test series against England. But ahead of the series, former Australian pacer Shane Lee, who played 45 ODIs for his country, opined that Kohli is ‘revered’ by his teammates and they seem ‘scared’ under him and ‘relaxed’ when Rahane takes the charge of the team.

“Kohli is one of the greatest batsmen of all time. But I just feel that he is almost revered by the players within the team. They’re almost scared to put a foot out of line. He demanded absolute professionalism from the Indian team. The players had to be fit, they had to great in the field and good catching, but they almost appear a bit scared. I just see a really relaxed team under Rahane,” Lee said on the ‘Afternoon Sport’ podcast, reported HT.

He also went on to add that if he were the Indian selector, he wouldn’t hesitate in replacing Kohli with Rahane for the Test captaincy as he feels it will help the team do better.

“Will Kohli give up the captaincy? I doubt it. If I was an Indian selector, and I’m not, but if I was, I would have Rahane captain the team and instead let Kohli go and do all his batting. And I think the team would function a lot better. But time would tell,” concluded Lee.

India’s next assignment will be the home series against England, which kick starts from Feb.5 in Chennai. The series will see most of the missing players from the Aussie tour back in action, including Virat Kohli.