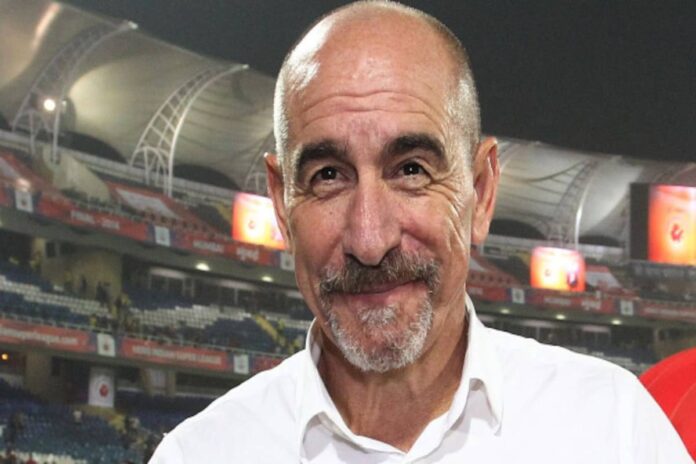 ATK-Mohun Bagan head coach Antonio Lopez Habas feels that their win over Kerala Blasters FC proved that they are a perfectly ‘balanced’ team. With the win, the Mariners are now just three points behind league leaders Mumbai City FC, with a similar number of matches played so far.

With league leaders Mumbai City FC crashing to their second defeat this season a day earlier, ATK-Mohun Bagan had a glorious opportunity to bridge the gap in the league table. Even though Kerala Blasters FC were leading by two goals by the 51st minute of the game, the ‘Mariners’ did not give  up hope and staged an unbelievable comeback.

While new recruit Marcelinho pulled one back in the 59th, Roy Krishna levelled the scores from a spot-kick a few minutes later. It was in the 87th minute that Krishna completed his brace by an incredible solo effort to guide his team to a memorable victory. ATK-Mohun Bagan head coach Antonio Lopez Habas stated last evening’s win proved that his team is perfectly ‘balanced’.

“Maybe, we didn’t put up a good performance in the first half, but I am very happy with the final result. We deserved this score. Balance is the magic word. I prefer winning 1-0 rather than a draw or lose the game. This is football. We don’t have a team for scoring four or five goals in every game, no team in the league (has that),” said Antonio Lopez Habas, during the post-match press conference.

Marcelinho, one of the most successful foreigners to play in the Indian Super League played his first match for ATK-Mohun Bagan after he was roped in from Odisha FC a few days back. But, Habas feels that the Brazilian needs more time to recover his best game.

“Today, we had more issues in the first XI with injures and we scored three goals. In the second half, we were fantastic and stayed strong. We want to recover the best Marcelinho, from his Delhi Dynamos (days). He needs more minutes and confidence, but the goal he scored today was confident, fantastic for us,” added the manager.