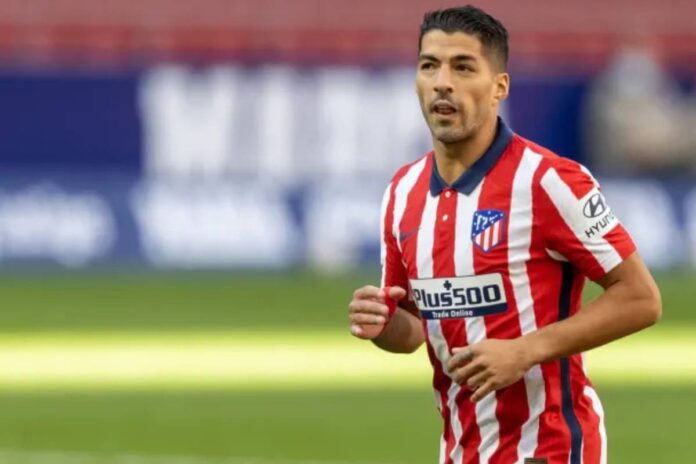 In light of Luis Suarez’s phenomenal form, Ronald Koeman has confessed that it would have been better for Barcelona if the forward signed for Juventus instead of Atletico Madrid. The 33-year-old ended a six-year association with Barcelona over the summer and has thrived at the Wanda Metropolitano.

With a surplus of attackers at their disposal, it saw Barcelona opt to allow Luis Suarez leaving the Camp Nou to Atletico Madrid. But the Uruguayan was heavily linked with a move to the Serie A and Juventus with a long-drawn-out saga that included him being accused of cheating on his Italian citizenship application. That allow Atletico Madrid to make their move and they signed the former Liverpool striker on a two-year contract for €6 million from their La Liga rivals.

The move, however, has backfired badly on Barcelona because Suarez has thrived at the Wanda Metropolitano stadium with 14 goals in sixteen league appearances. The 34-year-old is the top scorer in the league and has netted two more than Messi which has seen Ronald Koeman admit that it would “have been better” if Barcelona sold him to Juventus instead. The Barcelona boss further added that it was a tough decision to make because they had to show respect for what Suarez did for them which made things harder.

“It’s part of your job. You speak to the club — and when I came as a coach to Barcelona, we had our opinions and I had the information out of the club — and then finally you make decisions. You need to make these decisions because if it goes well then it’s OK, but if it doesn’t go well, then it needs to be my way and that’s the most important thing,” Koeman told the Athletic.

“We are changing and of course, it would have been better that Luis Suarez signed for Juventus instead of Atletico Madrid because he’s still in the Spanish league. But that kind of decision, we had to make it, really tough ones but showing respect to the player, and I think that’s really important. And I still agree with what we did at that time.”