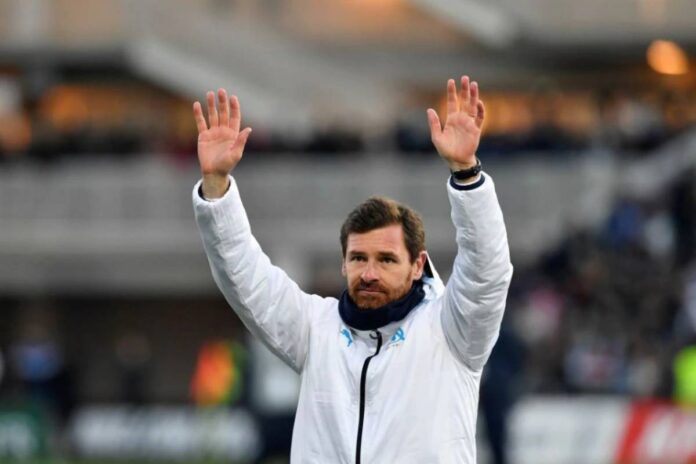 Olympique Marseille manager Andre Villas-Boas has confessed that he has submitted his resignation to the higher ups at the club because he doesn’t agree with their sporting policy. The Ligue 1 club are in serious problems with fans even setting fires earlier this week at the club’s training ground.

Few will deny that life at Olympique Marseille over the last week or so have been tough with it all starting after OM fans went too far with their protests against the way the club has been run. It saw a select few breaking into the training ground with smoke bombs and fires being lit. Things became so bad that it saw Marseille’s game against Rennes postponed. That was partly because of the club’s recent form and the way owner Frank McCourt has run things over the last few years.

However, in a sensational press-conference today, Andre Villas-Boas has admitted that he has submitted his relegation to the club’s board, citing irrevocable differences over “sports policy” after the board went over his head to sign a few players. The Marseille boss further added that it had to do with the decision to sign Olivier Ntcham against his wishes and the way “randomness in terms of its transfers” which he couldn’t accept.

“It’s a decision that was not made by me. This is a player I said no to. I was not aware of it, I learned of the signing when I woke up and went on the number one Marseille website. I submitted my resignation saying that I didn’t agree with the sports policy,” Villas-Boas told a press conference.

“The board has not yet given me feedback. I do not want money, I just want to leave. This club has already experienced two or three years of randomness in terms of its transfers and I cannot accept that.”

Reports indicated that Villas-Boas wanted to leave because of the protests and the issues that the fans caused but the Portuguese manager refuted that claim. Instead, he admitted that he is completely focused on the next game but confessed that the team are “not going to be able to prepare in the best conditions”. Villas-Boas further added that he will continue doing his job until the board asks him to leave with it all “related to the sporting side”.

“Now I am focused on Lens. For me, they are the team of the year. We are not going to be able to prepare in the best conditions. And I will continue until such time that the board asks me to leave. This has nothing to do with the incidents that occurred on the weekend.

“It is related to the sporting side. Even the departure of Nemanja (Radonjic), I was informed in the evening… I am waiting for a response from the board, and if it is a no, we will continue. I don’t want the club’s money, nor Frank’s (McCourt) money. I simply want to leave. I want to be clear with you,” he added.