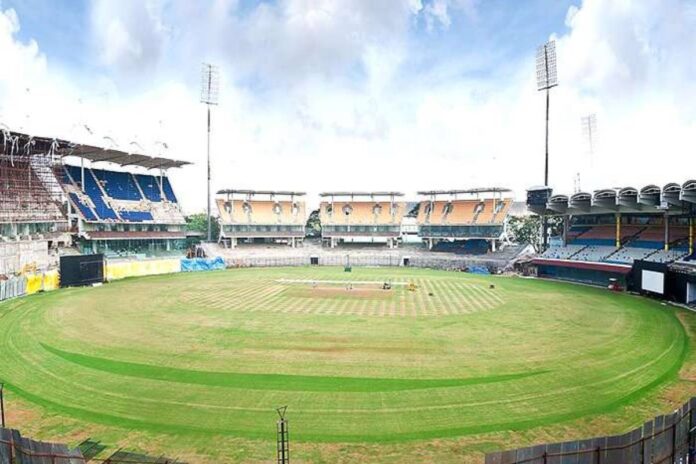 A BCCI official has revealed that the wicket at the MA Chidambaram Stadium in Chennai will bear a traditional look and any talk about this giving an English feel is not right. The official further added that a few inches of grass was left on the field so that it doesn’t break down during the Test.

After the new curator took charge of the first two Tests of the series in Chennai, he revealed his desire to leave a bit of grass on the surface to give it an English look. It seemed more like a tribute to India’s pace strength and a pragmatic view, keeping the absence of Ravindra Jadeja in mind, but that can’t be farther from reality. A BCCI official revealed to the PTI that it was only due to the humidity of Chennai which could impact the longevity of the ground.

“The pitch is a typical Chepauk wicket. No English feel or anything. In this humidity, you need to have grass on the wicket so that it doesn’t break up that easily. This wicket will help spinners as it always has been the case,” a BCCI source, who is monitoring the developments, told PTI.

Both teams have already started preparing for the first Test under strict bio-secure conditions in Chennai, and both teams will have their task cut out. England sniff a chance to qualify for the World Test Championship final if they can beat the hosts 3-0 in the series which is a tough proposition given India’s incredible home dominance over the last few years.

With the official revealing the nature of the wicket, the choice for the fifth bowler might come down to a spinner – the spot for which Washington Sundar might have to fight it out with Axar Patel. With Ravichandran Ashwin returning, picking Washington Sundar would be like having another carbon copy. That case might bring Kuldeep Yadav to the discussion for the first Test, even though the left-arm unorthodox spinner played his last Test back in January 2019 in Sydney.