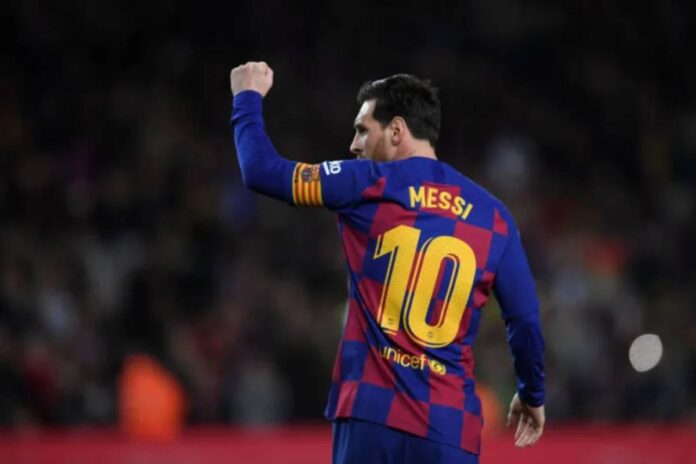 According to ESPN, Manchester City haven’t tabled an offer for Lionel Messi and are waiting on the Argentine’s decision over his future before they make a move for the forward. The 33-year-old is in

No club across Europe has been linked more to Lionel Messi than Manchester City have and the fact that Pep Guardiola is at the club has only increased the frequency of the rumours. It has even seen many former City players announce that Messi’s future would be best placed in Manchester, with the Premier League giants, especially given the environment there. However, reports have indicated that the club haven’t made their approach yet, although the latest rumours revealed that City have tabled a bid.

But in light of said rumours, ESPN has reported that Manchester City have not opened any sort of transfer talks with Lionel Messi or even Barcelona for that matter. The report has further revealed that the Cityzens are looking to wait for the Argentine to take a decision on his future at Barcelona before they make an approach. The 34-year-old is free to make a pre-contract agreement with clubs outside Spain since he is in the final six months of his contract.

Yet, no such move has occurred as of yet with Messi’s representatives yet to hold any talks with any potential suitor on a list that includes PSG, Inter Miami and Manchester City. However, at the same time, that also includes Barcelona with no agreement or talks currently in place over a contract extension for Barcelona’s record goal-scorer.

the final six months of his current contract at Barcelona and has been considering his options.