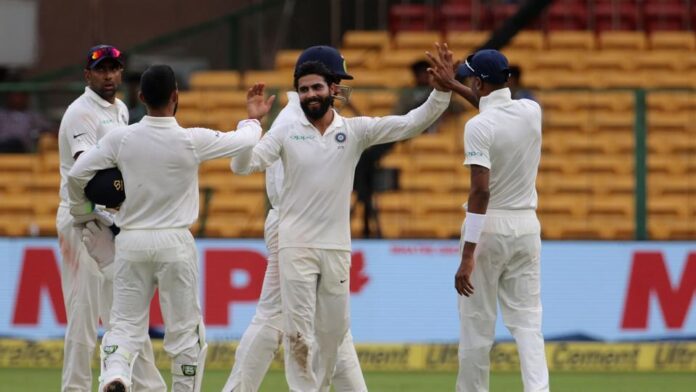 Team India are reportedly likely to field three spinners for the first Test against England in Chennai, with the management expected to take a late call as to who the third spinner will be. While Kuldeep Yadav is expected to start, Mohammed Siraj is set to be displaced in the XI by Ishant Sharma.

Two days after a BCCI source debunked claims that the Chepauk pitch will have an English touch to it, there are now more indications that the first Test could be witness to a classic Chennai wicket that aids spin and spinners. Reports have emerged that Team India are considering the option to field not two but three spinners, with the pitch expected to deteriorate rapidly, like it traditionally does in Chepauk. Kuldeep Yadav, according to the report, is set to play his first Test in two years, but the management are expected to take a late call in choosing between Washington Sundar and Axar Patel for the third-spinner slot.

“If the management wants more depth in batting, Washi should get a go.But Sri Lankan left-arm spinner Lasith Embuldeniya had a lot of success against the England batsmen a week back and they may be tempted to go with Axar. A left-arm spinner also brings more control on the proceedings,” a source in the know of things told TOI.

Fielding three spinners will mean that the team will be able to accommodate only two seamers, and, according to the source, Mohammed Siraj looks set to be the unlucky one to miss out. Despite Siraj finishing the Australia series as India’s highest wicket-taker, the youngster is expected to be pipped for a spot in the first XI by the returning Ishant Sharma, whose experience is regarded highly within the Indian camp.

“It’s true that Siraj has done well in Australia but if there are no fitness issues with Ishant, his experience will help him get the nod for the first Test with Jasprit Bumrah,” the source revealed.

Mayank Agarwal is expected to continue to warm the bench, with Shubman Gill and Rohit Sharma set to open, and Rishabh Pant is believed to start ahead of Wriddhiman Saha. India opting for five bowlers would also mean time in the bench for all-rounder Hardik Pandya, who after a two-year hiatus from the longest format was named in the squad for the first two Tests against England.

The first Test will be played at the MA Chidambaram Stadium in Chennai from Friday, February 5.