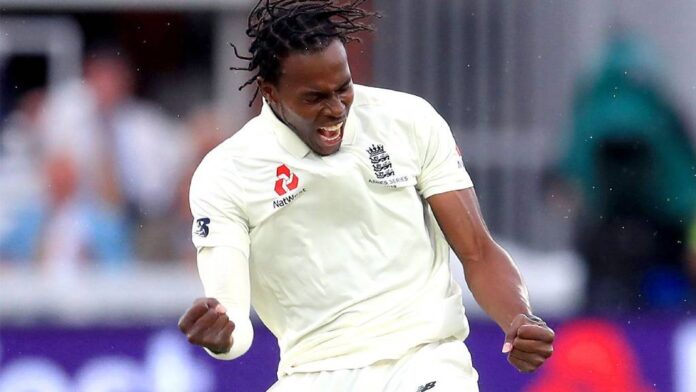 England pacer Jofra Archer has come in support of ECB’s ‘rest and rotate’ policy and has claimed that it’s the need of the hour to keep players mentally fresh amid extended periods inside bio-bubbles. Archer, who was rested for the Sri Lanka tour, also spoke of the importance of body management.

Five months ago, Jofra Archer was handed a one-Test ban by the ECB for breaking Covid protocols by paying a visit to his house but the incident, in many ways, helped the board understand how gruelling bubble-life can be. The board have since implemented a rest-and-rotate policy to ensure players are not mentally burnt out by spending extended periods inside bubbles, a practice they’ve been strictly adhering to since after IPL 2020.

The policy, however, sees chunks of players miss matches and the ECB, recently, came under immense criticism for resting the duo of Jos Buttler and Jonny Bairstow for parts of the India series. The board were chastised for opting to field a ‘weakened’ side in India and the criticism went to the extent that ex-cricketers termed the board’s selection policy ‘disrespectful’.

Ahead of the first Test against India on Friday, Jofra Archer, however, has now come to the ECB’s defence. Archer, who himself was rested for the Sri Lanka Tests, reiterated how spending extended periods of time inside bubbles can be daunting and claimed that people criticising the ‘rest and rotate’ policy do not have a grasp of reality.

“It is going to be a very long year. Body management is going to be essential if I want to play most of the matches. Anyone who criticises rotation doesn’t understand the situation,” Archer said on Tuesday, reported TOI.

“At the end of the day, human beings are social people. If you have had a bad day, there is no escape when you are in a bubble. The ECB is doing the right thing by resting players and ensuring that players are refreshed. If it does get over-bearing, there is no shame in admitting that and trying to get rest.”

Perhaps in any other year or conditions, Archer would have been a sure-shot starter but England’s rotation policy, coupled with the games being played in India, means that the right-arm seamer might play no more than one or two games in the series. Should he play, Archer’s workload could depend on the bowling combination, but the 25-year-old has no hesitation in doing what the team requires – be it bowling extremely short or gruelly long spells.

“It depends on the combination of the team. If there are three seamers, we don’t need to be bowling long spells. Either way, it doesn’t matter to me whether I am going to be bowling short or long spells,” the 25-year-old said.

Archer is not unfamiliar with Indian conditions, having played in the IPL since 2018, but he has, however, not played a red-ball game in the country. The speedster getting fast-tracked into the national team meant that he did not get a chance to tour the sub-continent with the England Lions. The Sussex man acknowledged that bowling with the red-ball is a completely different ball game, but asserted that he is fit and raring to go.

“I have played only with the white ball (in India). Bowling with the red ball is a completely different dynamic. So I can’t really compare the two.

“I am feeling good to go. I feel up to speed with my bowling. I was training in my time off and doing all the things I normally do.”