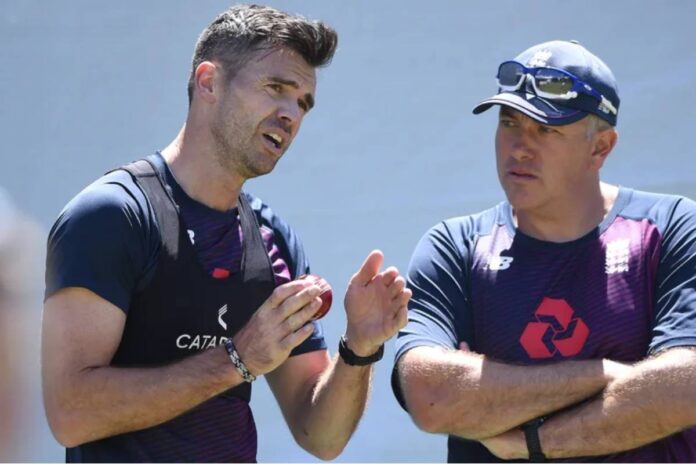 You can’t be in a room of cricket fans and not sense the duality that often comes from a James Anderson discussion. Some would die rooting for him, citing his longevity and endurance as second-to-none and a section would upheaval the abysmal returns in alien conditions till the last breathe.

How could you challenge a career worth 606 Test wickets at an under 27 average against the daunting prospect of dominating in Asia? When a contemporary like Dale Steyn was scampering the life beneath and uprooting the stumps with the swagger of a man possessed, every single bowler would seem a tad underwhelming, but will that matter in front of the Englishman? You could never look for a sane perspective and hope to return unscathed.

Every time Anderson faltered to take wickets in Asia or Australia, the question about his sustained brilliance was directly equated with Steyn or the other Gen-X superstars that started to emerge. A home-track bully, they reckoned, and a thousand others stood up to concur.

However, with Anderson, it was as much about numbers, which is terrific, but also about a human understanding. Anderson’s quirkiness and complaint attitude irked Rahul Dravid of all people and his non-acceptance of Virat Kohli’s genius in 2016 further made him a caricature among the cricket fans in the biggest cricket country in the world. A demeaning “Could-erson meme” became viral for what it was worth.

With Jimmy, though, you always get a vibe – a vibe strong enough to draw a reaction from the most reticent human out there. At his best, he was in your face – ask Mitchell Johnson, he will tell you – and at worst, he was always pampering for sugarcoating excuses. After the Ashes 2019, he was complaining of England not using the home advantage enough and when Virat Kohli scored a double ton against England in 2016 after the frailties of 2014, he felt nothing of that sort mattered till Kohli succeeded in England. Nevermind, Kohli did succeed two years later across the lengths and breaths of the United Kingdom but Anderson was pushing the limit like no one else could.

That is about perception – of understanding of his greatness and fickleness but one thing that has never been compromised ever since was his enduring spirit and class which seems to be ageing like a fine wine. India and Sri Lanka remained two frontiers to conquer, where Anderson had a record that would put even a part-timer to shame.

Since 2014, where he is arguably at his best, his average of 21.48 in 66 Tests is a stand-out feature. But what is more interesting to notice that everywhere but India, he averaged below 30. Before coming down to Sri Lanka recently, he averaged 105 with the ball but a six-wicket burst in Galle changed that narrative for good and he has a sublime 21.57 average from three Tests now, however, skewed that is.

India now remains a fort where he has had a considerable amount of frailties. Doesn’t matter whether MS Dhoni thought he was the real difference behind India losing to England 2-1 at home, it is a trajectory he has to surpass in order to shut many mouths for good. Not that it will have an impact on his legacy, for he has done enough to be among the pantheon of cricketing greats and perhaps adorning one of the top echelons, but because we know with Anderson we know how little things sometimes spur things up.

Be it the about that Johnson quip of “Why’re you chirping now mate, not getting any wickets?” to “shush” him up in a second by castling Ryan Harris on the very moment, Anderson was about that extra push that could do a world of good. He knows it better than ever that these four Tests against India will be remembered for a long long time and the question that kept on coming would be shut for good.

A backs-to-the-wall performance on a spinning track to dismiss six Sri Lankan batsmen in a single innings was an achievement to be proud of. The way he adopted and then quickly put that to effect on a day of abject surrender by their spinners showcased how vital he still has been to England’s plans even at this age.

The Chennai wicket will reportedly have a bit more purchase than usual, especially keeping India’s fantastic pace unit and the absence of Ravindra Jadeja, but that might also bring Anderson to the game. He had been here, done what was necessarily the donkey’s job and nevermind can actually leave a footprint behind just the way Ashwin has in Australia this time. For an ever-progressing cricketer like James Anderson, this might be enough motivation to get the ball rolling and how!