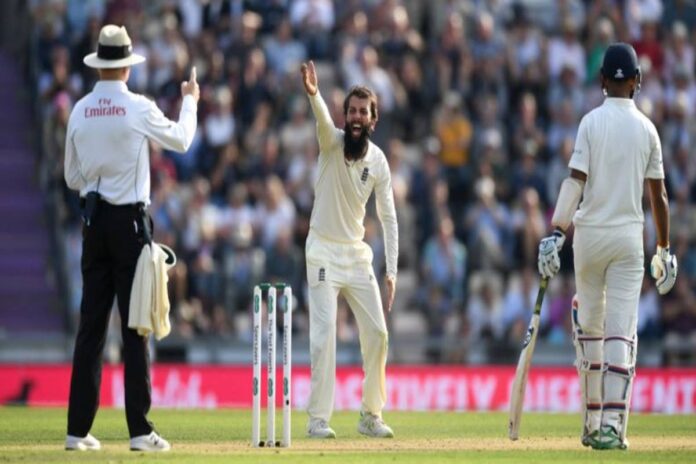 Former English spinner Monty Panesar has batted for the inclusion of the experienced Moeen Ali ahead of offie Dom Bess as he reckons Moeen is a better all-around prospect for India. He also added that the English skipper should try to bait Indian batsmen into playing big shots with field spread.

One of the most prominent discussions ahead of big series’ like the upcoming one between India and England is around the team’s XI. England’s team selections will be more in focus given they are tourists and for foreign teams, it’s at times, difficult to get the correct team right from the word go. With Moeen Ali fit and raring to go for the Indian challenge, England will need to figure out whether they play him as second spinner cum batsman or play him alongside both the spinners Jack Leach and Dom Bess, who did well in the Sri Lanka series win.

As far as one of the heroes of England’s epic 2012 Test series win in India, Monty Panesar is concerned, he has advocated for selection of Moeen Ali ahead of inexperienced Dom Bess given the versatility Moeen brings to the plate and variation that makes Leach a must in the side.

“Jack Leach is likely to play since India have a lot of right handers and I will pick Moeen Ali over Dom Bess as the off-spinner in the eleven as he has done well in India and has the required experience. He can also bat,” Panesar told PTI, reported TOI.

“Having not played in Sri Lanka, Ali is fresh and hungry. India would not like facing Ali, they would be happy facing Leach and Bess.”

One of the most important things to doing well in India is the line and length that spinners employ. Having successfully nailed these and taken 17 wickets in three Tests in the 2012 series win, the former left-arm spinner stated that the slower bowlers should try to bowl good lengths but not too flat, given the minimal margin of error in these conditions.

“They should be aiming to bowl good length but how it is getting there also matters. Bowling too flat will make things easy for the batter, so I would flight the ball. The margin of error also increases if you flight the ball on a good length. Give the ball some air and bring the batsman forward. You can bowl arm balls and cross seamers to mix things up but not too frequently especially when the ball is soft.”

He also asked the English skipper Joe Root to try and make Indian batsmen fall in bait to go for big hits with fielders both close and in deep to get one up on the hosts.

“Joe Root should tempt the Indian batsmen to step out and go for big hits. You have men in the deep and have close in fielders at the same time. Have long on, man on the drive, have your close in fielders.

“The more the Indian batters try to accelerate, the bat acceleration will increase and probability of getting the edge increases. I would also want to ensure the Indians defend with hard hands. That will happen when you will encourage them to go aerial. Our spinners are used to bowing with the much harder dukes balls so lets see how they fare with the SG Test,” added Panesar.