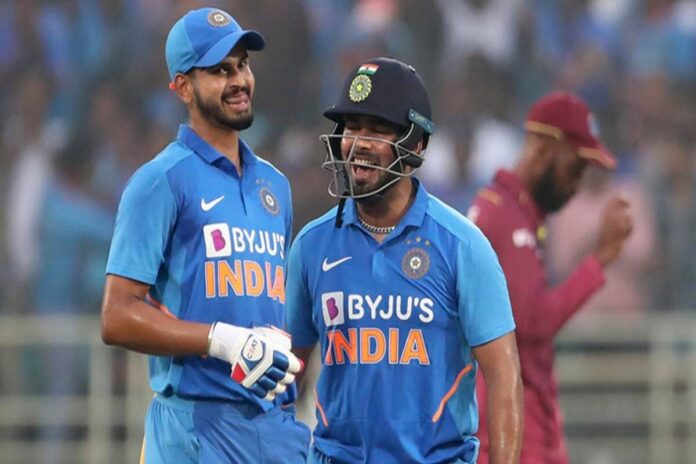 Day 4 of the India-England Test going on has meant that Monday has become a bearable day but, let’s be honest, the first day of the week always tends to suck, doesn’t it? We’ve tried to get over the blues by delving into some rather interesting mob opinion, including why Pant is not doing enough.

On Saturday, Steve Smith was declared the winner of the Allan Border Medal for the 2020-2021 season, with him pipping Pat Cummins by 12 votes.

SC Take: Steve Smith winning the Allan Border Medal – i.e. being crowned the best player in Australia – seems equivalent to water being wet etc. but while this might have held true any other year, this year, however, it can’t be disputed that Pat Cummins was robbed of the award. Smith won the ‘ODI cricketer of the year’ award and that’s OK. He was exceptional right from the start of 2020 and capped it off with those twin 60-ball tons versus India. He deserved it. But to win the Allan Border Medal? Over Cummins? Ridiculous. 68% of all runs he scored in the voting period came in the SCG Test alone, and, barring that, he made no meaningful contributions in the longer format.

Leaks from player registrations for IPL 2021 auction have emerged and well, unsurprisingly, people have lost their mind – already.

SC Take: There are times in the year when even the sanest of men turn into absolute maniacs and the fortnight prior to the IPL auction is one such phase. A couple of days ago, the list of players who have registered for the forthcoming auction emerged and people have started losing their mind already. There have been quite a few interesting opinions, so let’s traverse through them.

The first is the ‘common man’ on Twitter and Facebook being outraged over Arjun Tendulkar enrolling his name in the auction. You know, ‘nepotism bad noooooo’ and all that. It is truly absurd that people will not even let that poor lad register his name in the auction with peace – and that too for just 20 lakh. Gosh. He obviously is now officially a domestic cricketer (having played in SMAT) and he has EVERY RIGHT to enrol his name in the auction, like any other cricketer. When THIS guy has played in the IPL, is it a crime if Arjun – a proper professional cricketer – registers his name? Duh.

Secondly, we have the annual meltdown over ‘base prices’. Kedar Jadhav has set his base price at 2 crore, and many cannot digest it. But really, why would he lower their price though? He is an IPL veteran and regardless of how bad he fared last year, he ‘could’ be an asset at INR 2 crore for any other side. He was on 8.40 crore for years, so obviously he’s going to look at earning at least 2 crore.

And lastly, we have the Sreesanth discourse. Here it is two extremes – one lot which thinks he will invite no bidders and the other, which feels he’ll be a red-hot property. Unfortunately, things are not that ‘black and white’ in cricket – more so in life – so yeah, don’t be surprised if he’s just picked up for his base price or something.

Rishabh Pant – how dare you score only 90?

Rishabh Pant, on Sunday, was dismissed in the 90s yet again, but the cricketing fraternity is upset that he is not doing more.

SC Take: Look, you can understand why this criticism exists in the first place. People are well aware of Pant’s batting talent so they think that he has it in him to score 150s and 200s. And this viewpoint is fine. But it is important to understand that he is, at the end of the day, a wicket-keeper batsman. He is not a specialist batsman. We need to tone down our expectations. The fact is that wicket-keepers, no matter how talented they are with the bat, should not be expected to be prolific. They should not be put under pressure to become run-machines.

An impact is what they’re supposed to create and Pant is doing a job and a half right now. Even the greatest wicket-keeper batsman of all time, Adam Gilchrist, posted just three 150+ scores in his 96-Test career, and a remarkably talented batsman like Rizwan brought up his maiden Test ton only yesterday. Quinton de Kock has only 5 tons in Tests and no scores over 130. The fact that Pant is averaging 45 in Tests in itself is outrageous and we should be content with his returns. Why Pant is bearing the brunt is because of the ineptness of India’s #3 and #5 to score big. Pujara has not brought up three-figures at home in his last 13 innings and Rahane has only ever scored 90 or more at home 4 times (in 43 innings), which is remarkably just once more than Pant. Chastise them for not doing their job, not Pant for over-delivering.

Fans want the curator for the first Test between India and England to be fired because he prepared the worst pitch to have ever existed.

SC Take: There is this dialogue from a Tamil film which goes, “Unaku vandha ratham, enaku vandha thakkali chutney ah?”. Translating it wouldn’t make sense but it basically refers to double standards. The aforementioned dialogue would hold true right now, to the Indian fans berating the curator. Y’all are just showcasing your double-standards.

The fact is that every Indian pitch over the last four years has exactly been like this Chennai wicket, if not even flatter. In 2019 vs South Africa, India posted first innings scores of 502, 601 and 497. South Africa even responded with 431 in one of those games. I wonder why there were no complaints back then. Because India won, eh? Indian fans, you understandably have been taken aback by an opposition batting for 190 overs, but just because India did not win the toss and bat first – like they usually do – does not mean you blame the poor curator – for producing a proper Indian wicket. Instead, blame Virat for not winning the toss.