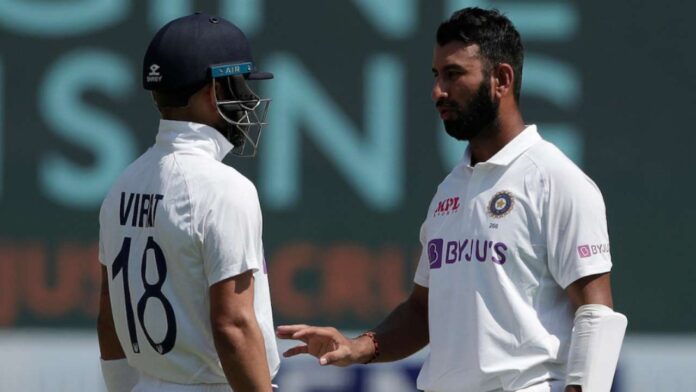 It’s almost crazy when you think of it. It has been 165 days since 11 of the 22 players who made it to  the India squad for England Tests have been in a bio-bubble which started in late August. Any gap in between? Yes, just one five-six day gap in between after the end of the taxing Australia tour.

Cricket is generally never ending, hectic and overstretched  in India’s cricket calendar. But the fact that there hasn’t been any change to the way things work with the newly introduced mentally taxing bio-bubble in cricket has been surprising. India are playing back-to-back four-match Test series. There is hardly any respite. Hard quarantine, innumerable COVID tests, travel restrictions and not being able to meet family frequently have added to the woes apart from the apparent physical and mental challenges of overdose of cricket, which is already a big challenge to contend with.

For instance, Jasprit Bumrah played 15 matches in IPL, three ODIs, one warm-up game, four Tests since September 19. He has bowled 153.4 overs in the last four Tests (end of England first innings). Cummins also bowled like a machine in the hot summer Down Under but right now, he’s resting on his couch or sunbathing on beaches than sweating in hot Chennai. Ajinkya Rahane, after being part of the IPL, played two warm-up games and this is his fifth Test in the last 50-odd days that he’s playing and will feature in three more Tests in the next four weeks.

The grueling Australia Tests ended on January 19 and just after a few days, India were back to quarantining and playing another testing series at home. And that too as big as four matches. Fatigue is not only physical as pointed out about Bumrah or Rahane but mental as well. Being on the road for such a long time is extremely challenging. Even when a player isn’t playing, he can’t let his guard down and has to stay mentally confined to cricket with little or no access to the outside world. Being mentally fresh and up to the task is as complex, especially in these times of bio-bubble restrictions.

When asked ahead of the Test series opener about the mental fatigue and tiredness, India’s Test vice-captain Ajinkya Rahane had stated that, “We are not mentally tired at all – we’re really tough mentally.”

But when India were batting on day three in their first innings, there were at least a few dismissals which showcased lack of application, seemingly, borne out of tiredness than complacency. Even before the penny could drop in Ravi Shastri’s words and India could soak in, reflect, relax, sink in the feeling of back-to-back Test series wins Down Under, they were facing a relentless and rampant England.

One of the hallmarks of Rohit Sharma’s batting in Australia was the application and discipline he would show up in the first 20 overs, exhibiting good judgement of the off-stump and playing the hard way. Batting in India, he becomes even more disciplined in his game in easier conditions. But on day three, on a flat wicket, Rohit missed out, much to everyone’s surprise. He was guilty of hanging his bat out even when the ball wasn’t heading to the stumps and pushed at the ball. Perhaps, the hard two-week quarantine in Australia, two tiring Tests, fielding for 190 odd overs had got to his batting as his fielding when he had dropped a sitter too long ago.

Even Shubman Gill, one of those players, who have been on the road for 165 days in three bio-bubbles with a short break, which can be termed as negligible rest and relaxation period after Tests Down Under, showcased the class but not the temperament like in Australia. The right-hander, who had been part of 14 IPL games, one ODI, two warm-up games, and was playing his fourth Test in a short period of time, played an impatient drive too early. Perhaps, in his head, he was still in Australia or a little tired.

Rahane, who generally shows a lot of restraint and application, was also seen coming down the track and getting out to a full toss, that too on the sixth delivery he faced. It came as a surprise given the team was expecting far more from their vice-captain after Kohli had got out shortly before with England having a big score on the board. For all the character, grit, determination, application, and persistence shown in the last Test series, it was the stark opposite.

And not only in batting, even Indian bowling lacked plans unlike Australia. The fielding was extraordinarily poor and the body language was not up to the mark with shoulders down. It was a tired and worn out side on the field, which gave a feeling that there is more to the tiredness than just being out in the park for two days on a flat pitch. They just looked out mentally. And given how extensively India had talked about not being complacent, that was surely not the reason behind such a lackluster display.

In comparison, England’s rotation policy that had seen them resting Jofra Archer and Ben Stokes for the Sri Lanka series, rotating Anderson and Broad, then giving a breather to Jonny Bairstow, Sam Curran and Mark Wood for the first two India Tests, it was all making more and more sense. They had a fizz, clear batting plans, no signs of exhaustion, spring in their steps on the field, which saw them taking three brilliant catches, and it all transpired into beating India in their own game of posting big first inning score and then bowling out opposition for lesser runs to get into a position of ascendency.

When England was facing criticism for not putting their best team on the park owing to rotation policy, someone like Jofra Archer had rightly emphasized that “Anyone that’s criticizing [player rotation] has never stayed in a bubble. At the end of the day, humans are social people, especially when you’re not having a great game. There’s no escape, nowhere to go.”

Even senior player Jos Buttler had opined that, “You do find it challenging having to stay away from your families, being in quarantine and locked up in hotels. ECB has been forward-thinking in rotating players for this series. At times, it’s frustrating as you want to have the best players on the show all the time but it’s not possible with the amount of time that one spends in a bio bubble. You can’t expect people to keep doing that,”

The first few days of the ongoing Test series has certainly proven how England with their rest and rotation policy out-thought India  which has reflected in how they emphatically have been mentally and physically all over the hosts. And even if we take out the performance part, this way of functioning for India isn’t sustainable for too long.

Both Bumrah (36) and Ashwin (55.1) have already bowled the most overs they have delivered in a Test innings in their career in the heat of Chennai. Notably, both had got injured and missed out on the Gabba Test, which was most likely induced due to their workload.

England’s first innings vigil was the longest first-innings total in Test cricket since South Africa’s 510/9 decl against India in 2005 in Kanpur, in which the tourists had batted for 190.4 overs. It is likely to have taken a huge toll on both the premier Indian bowlers. Three Tests remain and India might not want to be too stubborn with their players.

With a limited-overs series coming up, followed by IPL and then an away Test series in England and a T20 World Cup later this year, India will need to plan carefully and purposefully going ahead if they want the best out of team sans injuries and exhaustion. Perhaps following the England route of rest and rotation might not be a bad start.