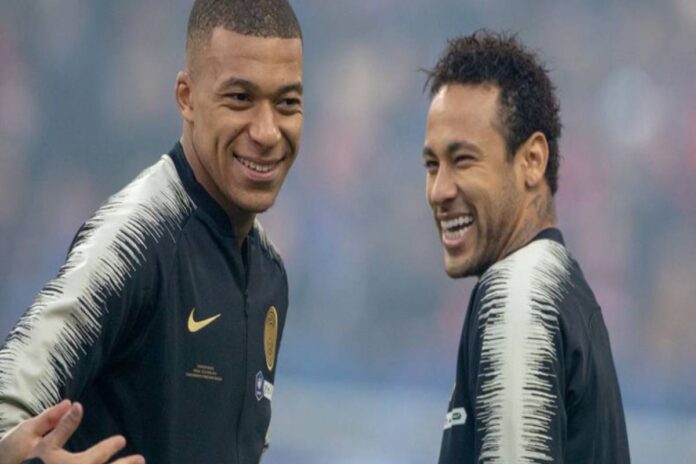 Kylian Mbappe believes that Neymar is the center of the Paris Saint-Germain project while he is happy to accept a support role to help the Brazilian thrive. The former Barcelona superstar has transformed the club and played a key role as they reached their first Champions League final last season.

When Paris Saint-Germain signed Neymar, in a sensational deal, from Barcelona, few expected them to go one bigger and add another budding superstar to that list. But that’s exactly what the club has done with Kylian Mbappe signing for them, first on loan from AS Monaco and then permanently to become the most expensive teenager in football history. Since then, the duo have thrived and played key roles as PSG reached their first Champions League final last season.

But while many consider Mbappe to be the superstar and Neymar nothing more than his co-pilot, the Frenchman admitted that it’s the exact opposite instead. In an interview, Mbappe confessed that he believes “great players” are made to play together and that Neymar is “the center of the project” at PSG. The 2018 World Cup winner further added that he has to earn his standing at the club and that will happen with time.

“I always believed that great players were made to play together. And then, it was clear between us. Neymar is the centre of the project, and I am there to help him. Because, when I arrived, I was only a shooting star who had to earn my standing. In the hierarchy, I am behind him and was even behind [Edinson] Cavani at the time,” Mbappe told France Football.

The Frenchman, much like Neymar, is out of contract at the end of the 2021/22 season and that has concerned many fans but he offered no details about ongoing contract negotiations. Instead, Mbappe revealed just how much Neymar helped him when he first signed for the club as a teenager. The forward further added that thanks to Neymar, he “learnt a new kind of football” and was “able to enrich” his game.

“I will not forget how he helped me at the beginning. When you are 18 and you arrive in such a locker room, it is never easy. In these big clubs, your success is 60 per cent down to your football and 40% to your acclimatisation in the dressing room. That a top player helps you find your place in such an environment, obviously, that helps. And that cannot be forgotten.

“With Neymar, I learned a new kind of football. And thanks to him, I was able to enrich my game because he likes to rely on other attackers, play with one touch, two touches, he also asks you to vary your movements and to diversify your game. He really knows how to do everything. And better than everyone,” he added.