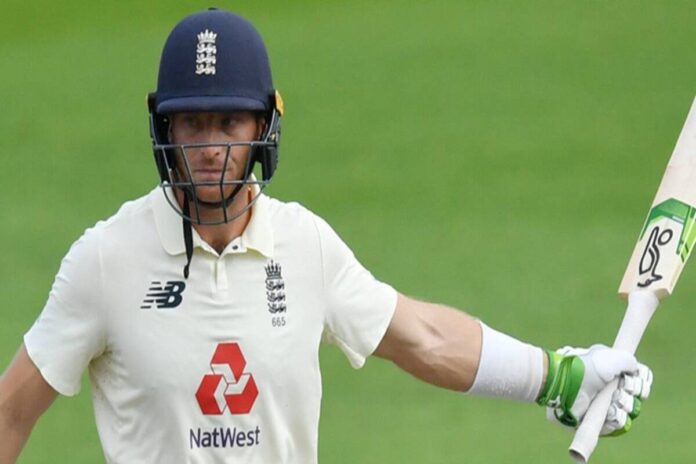 On July 8 2020, cricket returned to England for the first time post-pandemic but the question remained unanswered and the same – could Jos Buttler turn his fortune around? The critics clearly were unimpressed with his performance and so was he with the criticism.

England and West Indies walked out to a surreal atmosphere, no crowd, no sort of cheers or jeers around at the venue but the focus remained the same. Can Buttler turn his fortune around, can he rediscover the mojo that once made him the favourite behind the stumps?

It was only earlier in the year when the wicketkeeper was criticised for his antics behind the stump, were there any better choices? There was a returning Ben Foakes and Jonny Bairstow, who lost his place as the first-choice wicketkeeper to Buttler. When the odds are stacked against you, as it did for Buttler during the first Test, a statement was always going to be tough.

So came the drop of Jermaine Blackwood but what didn’t arrive was a fifty, something that he hadn’t scored in his last 12 Test innings. His wicket-keeping against the spinners too came under the scanner and immediately, there were former English players, who were calling for his head from the Test setup.

“Buttler has got two Test matches to save his career, for me,” Gough told Sky Sports Cricket.

“He’s a terrific talent, lots of kids look up to him and he has all the shots. But, in Test cricket, you can’t just keep getting out and that’s what he keeps doing,” he reminded the same.

Come to the second Test, his fortune didn’t turn around but that didn’t leave the team fazed, as they set sights on Buttler being the first-choice keeper. His 40 in the first innings showed signs of resurgence but at the same time didn’t really warrant much apart from the criticism that surrounded it. Since 2019, the wicketkeeper-batsman had averaged less than 25, where he got out more often than not, trying to play his shots.

“That’s the sort of player he is and how he goes about his cricket. That’s why he’s so vital to our team: because he’s willing to play in a manner that suits the situation that we need from him at any given point,” Root said in the aftermath of the first innings of the second Test against West Indies.

Then came Pakistan trodding their way to England, Buttler was under immense pressure but a part of it was relieved after his first half-century in a long time at Old Trafford, which helped England win the series against West Indies. But on a wicket-keeping front, the pressure was on, considerably with others too impressing.

And then, a ball looped catching Pakistan opener Shan Masood lunged out with the ball spinning slightly away. It caught the edge of his bat and seemingly flew into Buttler’s nest but only for the ball to pop out. As it popped out of his gloves, the criticisms too popped their way all over social media. Buttler closed his eyes and gloves before the ball entered into his palms. One brought another and Buttler was under real pressure for his wicketkeeping show against the spinners.

He had now given two lives to Shan Masood but more importantly, he was starting to take his own lives out of the equation. The same dream that looked good a few days back seemingly has turned into a nightmare! The fear caught really quickly up to him, which was visible as he walked the long back walk to the dressing room after the terrible session. Yet as he has done from time to time, he started slowly only to gain momentum.

But as his luck had been tangling, he was undone by Yasir Shah, exactly 108 deliveries and 155 minutes after battling the inner demons and the Pakistan pace attack. The fear was always going to be there but how much and how long was the question?

“Yasir is off and whooping, Buttler leaving a gap as he props forward! Oh dear,” read the commentary on ESPNCricinfo and so was the result of the series of events. It wasn’t just about the dismissal but it was about his mindset, about his confidence. What set Buttler apart from the others was his ability to break the shackles but he was far away from it and when he looked like he would, it ended up wrong!

From thereon, he did it, he broke the shackles. YES, HE BROKE EM’ SHACKLES! He came out smashing, scored 75 off 101 balls, seven boundaries, and one six in the same 155 minutes. 155 minutes were enough to turn it around, from a villain to a hero, that’s all it took.

“Definitely thoughts go through your head, like potentially if I don’t score any runs I’ve probably played my last game. Those kinds of things are in your head, but you’ve got to try and shut them out and try and focus on the here and now and play the situation and I’m pleased that I was able to do that.”

There was never looking back for the right-hander, who made a living off just praises during England’s 2-0 win over Sri Lanka. In that series, he was everywhere, impeccable with the gloves and with the bat, remained the second-best player after Joe Root. If not that, from his resurgence against Pakistan, he’s scored a 152 in Southampton during the run-fest. In Sri Lanka, he inflicted one stumping while being in the right place for nine catches while still scoring 131 runs across three innings, at an average of 65.

“You need to stand closer, and the chances are very quick-reactive chances. And obviously, the challenge standing up to the spinners, with the pitches turning. But it’s also a great place to keep wickets because you feel like you’re always in the game. Wicketkeeping in spinning conditions is a lot of fun,” said Buttler ahead of the first Test in Chennai, which shows his level of confidence.

He found solace, he found form and more importantly, confidence that was staggeringly low. And in all right measures, he found the fun and his hand behind the stumps, which in hindsight, could have turned into a disdain of fortune, with every ball that goes past the batsmen – more painful than ever.