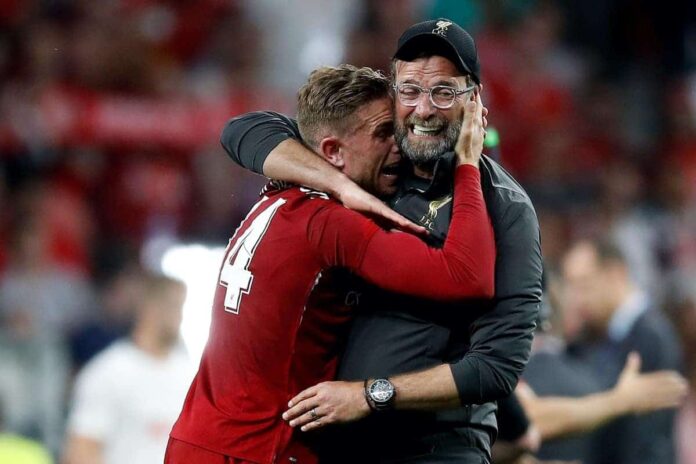 Following a 1-0 loss to Brighton, Jurgen Klopp has confessed that while Liverpool do want to be champions, they aren’t in the title race based on their current form. The Reds have struggled to put their best foot forward over the last few months which has seen them slip behind the chasing pack.

It’s May 3, 2016 and Eden Hazard has just collected the ball on the half turn near the half-line with three players in lilywhite surrounding him. Even then the 41,545 fans at Stamford Bridge were only slightly worried about the Belgian having the ball there and that’s despite his well-known reputation. There is quite literally no one around to help him but should he be able find him, Diego Costa lies about 40 yards ahead waiting to cause problems.

A horde of Tottenham players have all but blocked his path as the world watches on. And the world is indeed watching on because this just happens to be the game that could very well decide the Premier League title race. But the Belgian nonchalantly shrugs off three defenders and drives forward with the ball as the roars in the ground go up a decibel.

He hasn’t done too much with, or without, the football this season but over the last few games, Hazard has upped his game and rediscovered his best. That’s something that Tottenham are discovering and a few worried faces begun to appear as the clock ticks into the 83rd minute despite Spurs being 2-1 up. Hazard continues to drive forward, has his run forward blocked by a cul-de-sac of Moussa Dembele, Eric Dier, and the back-tracking Kyle Walker which forces him to lay the ball off.

Diego Costa has been wide open all this while and the Belgian finds his man via a nutmeg on Walker. The decibel levels continue to rise in West London and that’s not just because the stadium senses something is about to happen but because the stadium senses something absolutely historic is about to happen. A football game has quite literally never carried so much weight before, a goal has never carried the hopes and dreams of not one fanbase but the entire footballing universe.

Time has now stopped but before we dive into the climax and reach the glorious end, let’s roll it back and figure out how we got here in the first place. Because this is where exactly each and every side involved in this title race were supposed to be, maybe with the exception of Leicester City but we’ll get to them later. First Chelsea and the Blues were definitely exactly where they were supposed to be, playing a key role in a title race where they were nowhere close to winning.

This is after all the same Chelsea side that not just won the 2014/15 Premier League title but swept to the 2014/15 Premier League title by eight points. Their tally at the end of the season read W26 D9 L3 which is the fewest number of losses a league Champion has managed since Chelsea themselves did it, exactly a decade ago. Manchester United came close a couple of times to matching that tally of 1 loss but they struggled to do it until Jose Mourinho’s Blues walked into the party.

Even their Champions League run was lost not because of an outright loss but purely on the basis of the away goals rule. But things were different this season because it saw Mourinho lose his job sixteen games into the season for a start so poor, that Chelsea sat a mere one point above the drop zone. Not exactly a place for a reigning league champion especially since it came on the back of a win for Leicester City which took the Foxes to the top of the table.

They were having a great start to their league season but this was the second time, after their win over Swansea City the week before, that Leicester City had actually been at the summit. It felt good but with Manchester City and Arsenal behind them, the Foxes had to keep doing which is where Chelsea reared their head. Two goals from Jamie Vardy and Riyad Mahrez later, the Foxes had killed another giant and had history on their mind because nobody expected this. And why would they?

This was essentially, with the addition of a few new pieces, the same squad that nearly got relegated the last term but for an eight-game unbeaten run towards the end of the season. That was literally the only thing that saved Leicester City’s blushes and the Foxes somehow manage to appoint a new manager, Claudio Ranieri and start the season with an unbeaten six-game run. That form continued well into the remainder of the season with only two teams beating them.

Fellow title contenders Arsenal did the double over them and Liverpool managed to sneak a 1-0 win over the Foxes half-way through the season. But beyond that, no other side seemed to even have an answer against Ranieri’s boys and that includes fellow title contenders Tottenham. That’s right, the title race was essentially a three-way battle between the two North London rivals and a team that nobody would bet on.