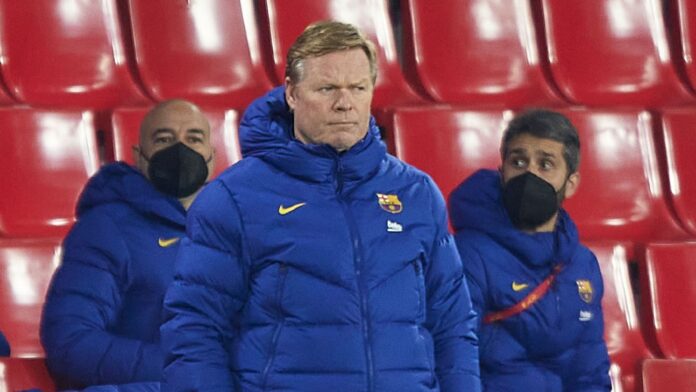 In light of Angel Di Maria’s comments about Lionel Messi, Ronald Koeman has accused the Argentine of being disrespectful towards Lionel Messi and towards Barcelona. The PSG star confessed that he believes a move for Messi is on the cards for the Ligue 1 outfit which echoed Leonardo’s comments.

Lionel Messi’s contract expires at the end of the current league season and so far, Barcelona have failed to come to an understanding over a new deal. That does allow the Argentine to open conversations with a club from outside Europe and the 33-year-old has Europe’s biggest and best sides chasing after him. But while no move or offer has materialized as of yet, PSG have been courting the six-time Ballon d’Or winner for quite some-time.

It started with simple rumours but it has now seen Sporting director Leonardo admit that a move for the Barcelona captain is on the cards. Angel Di Maria echoed that statement in a recent interview, and it has seen Ronald Koeman confessed that there seems “to be a lack of respect” from PSG to Barcelona. The Dutch manager further added that he doesn’t “think it is respectful towards Barca to speak like that of a player who is ours”.

“It seems to me a lack of respect. Someone can be wrong in saying something like that. It is not fair, I do not think it is respectful towards Barca to speak like that of a player who is ours. So many people from PSG talk a lot about Leo, who plays for Barca. Besides, we have a tie against them,” Koeman said, reported Goal.