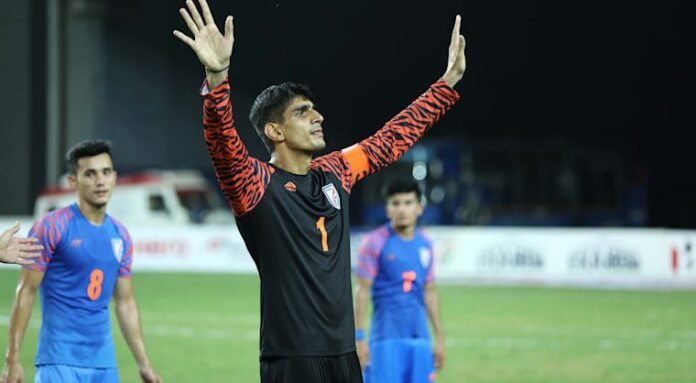 Odisha FC interim coach Gerald Peyton is convinced that they could have easily stolen the game, with the number of opportunities they created during the game. The Juggernauts have won just one match in the 16 they’ve played so far, having collected just 9 points overall in the ongoing league.

Even though Odisha FC are well out of contention for the play-offs and have only pride at stake, the ISL side has the potential to spoil a few parties. That was exactly what they did, by holding back Kerala Blasters FC to a thrilling 2-2 draw at the Fatorda Stadium, last Thursday evening. The match was evenly poised, with both teams creating enough opportunities, but the deadlock was unhurt at the end. Odisha FC head coach feels that they could have easily stolen the game, had a couple of things gone in their favour.

“I think we had a game plan. We stuck to the plan and that enabled us to pinch the game in the end. We had two massive chances. Jacob (Tratt) had one from the corner. Brad (Inman) had one where he could have hit it out of the goalkeeper’s reach. But he hit it well. We could have stolen the game,” said Gerald Peyton, following the 2-2 draw with Kerala Blasters FC.

It is very difficult to keep the players motivated when the team is at the rock bottom of the table, with just one win to their name. But, Gerry has tried his heart out to convince the boys that they should not give up and fight till the final whistle. Odisha FC will face Northeast United FC in their next match this weekend at the Tilak Maidan.

“I think, during the season, the defensive line has been under pressure. They have handled the pressure very well. Like today’s game, they came down on the left side in the first half. And then I freshened up the left side. And then I changed Jerry to the other side,” informed the manager.