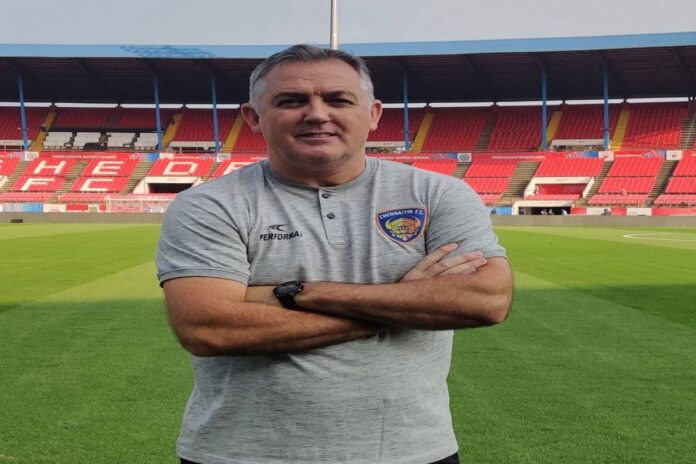 Jamshedpur FC head coach Owen Coyle feels that the win over Odisha FC was important for them to keep the pressure on other teams in the league. As per the latest standings, the ‘Red Miners’ have climbed up to the sixth position in the league table with 18 points from 15 matches so far.

With no wins in the last five matches before Monday evening, Jamshedpur FC were loitering in the bottom half of the league and desperately needed three points to revive their title hopes. Even though a not so convincing one, the ‘Red Miners’ managed to log three points by a narrow 1-0 win over Odisha FC to make the season more interesting as we approach the business end of the Indian Super League. Jamshedpur FC head coach Owen Coyle feels that the win was important for them to keep the pressure on other teams.

“That is why (Jamshedpur FC moving up in the league table) it was important for us to win tonight, to keep the pressure on. The teams who are ahead of us have all the advantage. They are the ones with points. All we can do is try and win games, keep the momentum and try to make sure to get something to see about. That is what we are trying to do,” said Owen Coyle, during the post-match press conference.

Officially the only goal in the match was scored by Mobashir Rahman, even though it was visible that their star striker Nerijus Valskis had the last touch. According to the coach, the credit should have been given to the Lithuanian; nevertheless, he is happy that Valskis had a great game against Odisha FC.

“It was (Nerijus) Valskis’ goal, he had the final touch. All the boys know that he clearly had the touch. It was Valskis’s goal, he was outstanding tonight in the game. He is up and running again so it’s great news,” admitted the Jamshedpur FC head coach.