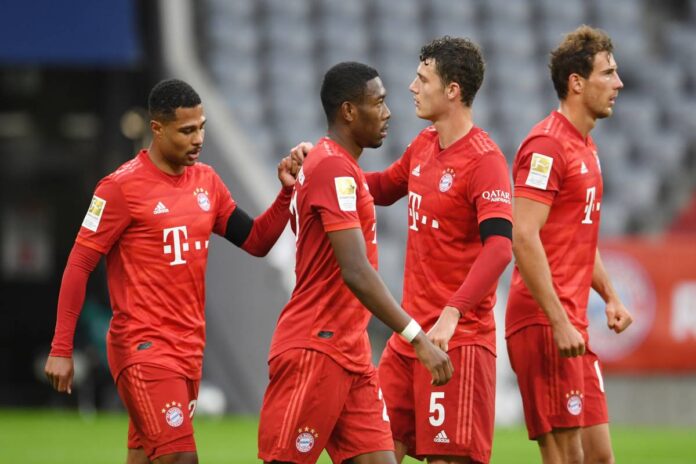 Bayern Munich forward Thomas Muller has confessed that the Bavarians have struggled to take their Champions League winning magic into this season with them not doing as well. The Bundesliga giants have already lost two games and drawn a further three more but still sit atop the league table.

A bang average start to their season at one point saw Bayern Munich fall as far as seventh place but the Bavarians have recovered after that poor start. Since then, the Bavarians have thrived with just one loss in their last seventeen games. Not only that, their form has seen the club stride to the top of the Bundesliga table with seven points separating them and second place RB Leipzig.

But their ability to shock and awe hasn’t stopped with a sensational DFB Pokal second-round loss against second-tier Holstein Kiel saw many fans worried. It has seen Thomas Muller admit that the team hasn’t found this season as easy as the last one with them struggling to carry their Champions League “magic” form into this season. Not only that, the veteran forward added that it “takes a lot more to be at the top in the Bundesliga” especially with everyone after Bayern Munich’s neck.

“The ease from the previous season has faded a little. We couldn’t quite take the magic from the summer into the new season. In November and December we had many close results with an unusually high number of goals conceded. It takes a lot more to be at the top in the Bundesliga,” Muller said, reported Goal.

“The public and the whole league are thirsting for Bayern to finally be thrown from the throne. You are constantly under observation, there is always a magnifying glass on it. Every single player has to show himself and the outside world that he can go this level.”