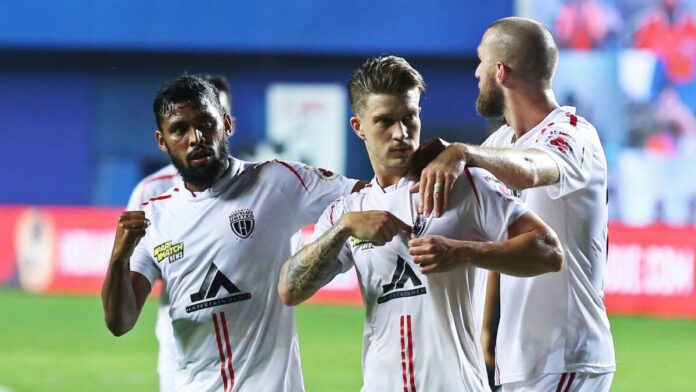 Teams are leaving no stones unturned to give their best shot to make a cut to the play-offs as we approach the business end of the Indian Super League. With mouth-watering contests and sensational performances, the last week was lit, which brings us to this edition of ‘Studs who stole the show.’

In a season marred by bang average performances, Brazilian Cleiton Silva seems to be the only silver lining for Bengaluru FC, with him performing exceedingly well throughout. With five assists and an equal number of goals scored so far, he is one of the few players to have kept the Blues in the hunt for a top-four finish, even after the turmoil at the club which saw their head coach being sacked. A heated exchange between the playmaker and an SC East Bengal defender hogged the limelight in the previous games, with the nerves having the better of them. It was moments later that Cleiton, on receiving end of a Sunil Chhetri pass, floated a powerful left-footer to pierce the net. The goal set the tone for the rest of the game, as the Blues won their first match in 2021. There’s no doubt Bengaluru FC are progressing to the playoffs without the aid of the South American.

The name says it all. While he’s always been in the thick of things for ATK-Mohun Bagan, we always expect something special from him – as per the standards he’s set. With two goals down against Kerala Blasters FC in their previous game, albeit most would have written off the Mariners’ to stage a comeback. But, Roy Krishna possesses the quality to peep beyond normal vision, which makes him so special. Even though debutant Marcelinho scored the opening goal for them, it was a Roy Krishna show from thereon. Having slotted a spot-kick with calmness in the 65th minute, the Fijian scored the winner with a curler after receiving the ball and going past a defender with nimble footwork. ATK-Mohun Bagan had indeed won the game from the jaws of defeat. Having taken his goals tally to nine this season, we hope the foreigner has saved his best for the last, with the playoffs around the corner.

While Mumbai City FC’s magical season has been mainly characterized by a star-studded forward line and midfield, we often tend to forget that they have conceded the least number of goals this season. The credit largely goes to the defence and their custodian Amrinder Singh – who probably played his best game against Kerala Blasters FC. If not for the goalkeeper, Mumbai City FC would have easily lost two points or even lost the game, with Kerala Blasters FC charging in from the other end for the last quarter of the game. In fact, Amrinder faced 12 shots on goal, made nine saves, and allowed only one goal in the entire. Till now, he is the best performing goalkeeper this season, with an average of 168.75 minutes per goal conceded, and kept eight clean sheets so far – the joint highest by any player this season. No wonder strikers are going to sweat it out to get the ball past the gloveman in the remainder of the league.

It’s not the Uruguayan has found himself on this list with a couple of spot-kicks during their game against FC Goa, but, due to the consistency shown by him in the past few matches, especially at a time when his team needed him the most. Apart from the 2-1 victory over Mumbai City FC, the foreigner has either scored or assisted in four of their last five matches. With an average of more than 37 passes per game, the South American has proved his worth after missing out on four matches due to a hamstring injury in the early stages. Much to the amazement of everyone, the ‘Highlanders’ have kept their hopes alive for the play-offs, with them on par with FC Goa and Hyderabad FC – but trailing by virtue of goal difference. With Khalid Jamil’s men leaping for a top-four finish, Gallego is their trump card to succeed.

It’s surprising that we have two goalkeepers on our list this week, but there’s no way we could have left out Gurpreet Singh Sandhu, with a match-saving effort against Chennaiyin FC last Friday evening. Out of the 11 shots he faced, six were on the target and he managed to put away each one of them to help the Blues earn a crucial point in this crucial juncture of the tournament. Not only had he earned the praise of their interim head coach Naushad Moosa, but was also adjourned the player of the match. Even though the Indian international is not in the best of his form, his presence will be more than crucial for the Blues in the remaining matches of the tournament. With 42 saves so far this season, in 16 matches, the glove-man is capable of much more, as evident from his heroics in the past.