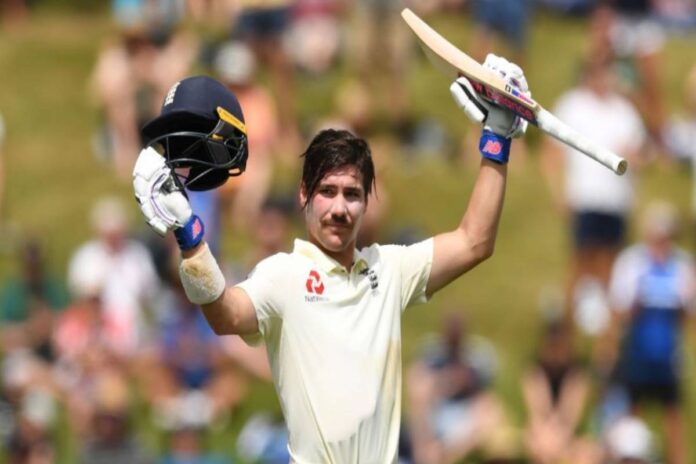 “There are no bruises left, not that I’ve seen” – Rory Burns.

This is quite deep and gives an impression to have come straight out of a poet/philosopher’s best of creative days. But, in essence, it pretty much symbolizes the brand of cricket Rory Burns has played over the years. Tough, full of grit, ample of resilience, resistance and self-denial. Just like in cinema there are different genres of heroes that evoke varied emotions, cricket also has different sets of artists that exist to elevate our life experiences and touch us with their unique blend.

Cricket romanticizes not just a contest between bat and ball, but it’s also a vehicle to see a bigger picture in life. There lie hidden gems of parallels in small details. For Burns, he romanticizes struggle. He’s not the most gifted. His stance, technique and idiosyncrasies surely ain’t winning any aesthetics competition.

But when he’s getting hit by Pat Cummins on the same spot twice and still gutting it out, playing the patience battle, and weathering a gutsy and world-class Aussie bowling attack, he shows heart. This is Ashes. It’s akin to a war going in the name of innocuous cricket. But Burns with his weird stance and battle-hardened mind is fighting. Standing on two feet, giving every inch of what he has got. The technique might be befuddling not the fight. And it connects. It gives us goosebumps. Hope. He’s a character. Earning plaudits.

Those who have followed English cricket from close quarters and are well versed with the country’s history rate his toughness in the elite category of Ken Barrington, John Edrich and Graham Thorpe. This toughness and doggedness were central when he led Surrey to their first-ever County Championship triumph in 2018 after a gap of 16 long years. Or the reason that he was able to score runs persistently despite the tricky English tracks. The southpaw was successful in crossing 1,000 FC runs for five successive seasons between 2014-18 for his county. Or his many gritty knocks thus far in the career be it, the Edgbaston 133, Pallekele’s 59 and 43, Bridgetown’s 84, Hamilton’s 101, Manchester’s 81 or Centurion’s 84.

But just as these virtues of defiance, toughness evoke the human spirit and draw us closer to characters like Burns, there are certain frustrations that also creep in. Contrast is thrilling at times, and daredevilry more so, but only when it comes off. And this is the part of Burns that gives heartaches.

Fast forward to the first session of the first Test between India and England. Burns is again back to his tough old school self. He has gone unscathed after the Bumrah-Ishant opening burst with his compact defense, precise off-stump judgement, and unflappable temperament. He’s showing decisive footwork against spinners. He has already combined in a fifty-run-stand with Sibley, a feat that no other visiting opening pair has achieved since 2017 in India. It’s a flat wicket and a chance to make it big and shine for Burns. To cash in on flat tracks after all the struggles that he has to put on tricky English surfaces. A chance to up his average. A chance to add to his centuries tally.

But his tendency of gift wrapping wicket after a spell of perseverance is starting to creep up again. He’s playing a fine sweep exposing his stumps. He’s playing slog sweeps. Suddenly, the memories of the 2019 Oval Ashes Test have started to resurface. Burns is quite a regular in not reaping the rewards for his hard work.

The Oval Test. First innings, after getting well set, making 47 off 87 putting in the hard yards, a late and strange decision to pull gets him dismissed. In the second innings of the same Test, he weathers the storm in the first 15 overs and then gives his wicket on 20 to drag down from Lyon. Similarly, last year, Southampton Test, West Indies the opponent and it’s the second innings. After getting well set on 42 off 104 seeing off 36 overs, he gifts wrap his wicket to Roston Chase’s half-tracker. He has been guilty of playing aerial shots or the ones he shouldn’t be playing unnecessarily.

Getting back to the Chennai Test, after seeing off the tough phase, getting well-set, Burns who’s more known for coming down the track to play spinners or employing conventional sweep tries to reverse-sweep R Ashwin in the first session of the first day of a Test. Now, such audacity would have been understandable if he was a good proponent of reverse-sweeps or it was his go-to-shot but as per CricViz, it was only the eighth reverse sweep Rory Burns had played in his Test career. No wonder he got out in a forgettable manner. He was in full control. Only 6% of his shots were bringing a miss or an edge – the average for all Test cricket is 15%, let alone the new ball period. He threw it away yet again. Period.

Burns has played a substantial amount of cricket. In what is his 22nd Test, and after 39 innings, his average is 32.46, which is quite a fall from his FC average of 42.18. His biggest problem has been his inability to capitalize after seeing through the testing times, which is a little bizarre. Eight times he has made scores between 25 and 50 while only twice he has been able to convert the fifties into hundreds out of 10 times. These are the things that separate good players from great ones. And for someone, who’s touted as a potential option to replace Root as England captain, there’s even a greater need to push on in big tours like India where your mettle is tested to the core.

There’s no denying the fact that Burns has been a revelation after his initial struggles and has already shown that since Andrew Strauss and Alastair Cook, Burns is the best possible option to open in a country, which struggled for openers in the last decade. But it’s about maximizing his potential, given he has everything in him to be one of the best opening batsmen in the world only if he doesn’t burn down his chances like in Chennai, Oval or Southampton.