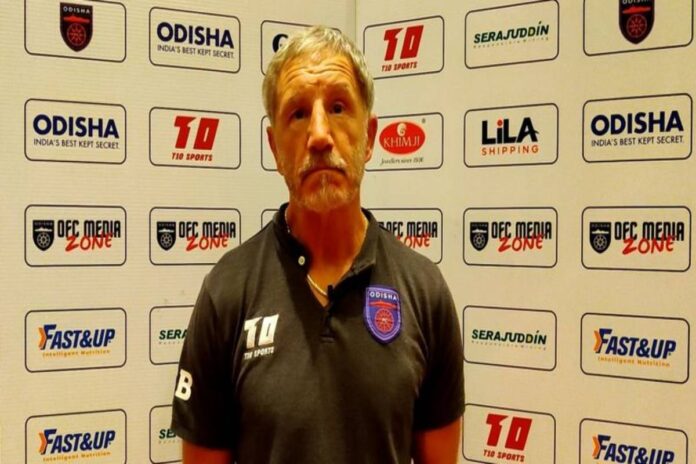 Odisha FC have sacked their head coach Stuart Baxter owing to his foul comments following the loss to Jamshedpur FC last Monday evening. Odisha FC is currently placed at the bottom of the league table, having collected just eight points in 14 matches, with just one win to their name.

There have been numerous issues with the quality of refereeing in the ongoing Indian Super League, with several wrong decisions paving way for controversies. While many coaches have openly criticised for the same in the past, Odisha FC manager Stuart Baxter has taken the protest to a crude level. In protest of a penalty not given, the Englishman made foul comments on ‘rape’ during the post-match press conference last evening after the loss to Jamshedpur FC.

“You need decisions to go your way, and they didn’t. I don’t know when we are going to get our penalty. One of my players will have to rape someone or get raped himself if he was going to get a penalty…,” said Stuart Baxter, during the post-match press conference.

The club was swift to react on the same, releasing an official statement where it was mentioned that they are ‘appalled’ by the comments made by him and it does not reflect the value of the club.

“The Club is appalled at the comments made by Head Coach, Stuart Baxter during the post-match interview today. It is completely unacceptable whatever the context and does not reflect the values of the club,” Odisha FC tweeted last night.

In a fresh statement released by the club on Tuesday evening, Odisha FC informed that they terminated the contract of the manager for the remainder of the season, while the interim coach will be announced soon. Odisha FC is currently placed at the bottom of the league table, having collected just eight points in 14 matches, with just one win to their name.

“Odisha FC has decided to terminate Head Coach Stuart Baxter’s contract with immediate effect. Interim Coach for the remainder of the season will be announced soon,” read their official statement.