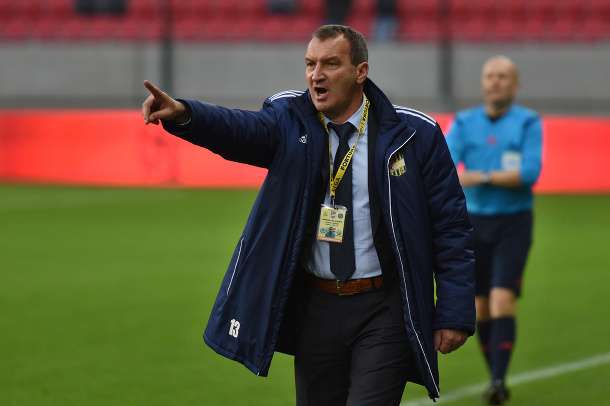 Chennaiyin FC head coach Csaba Laszlo admitted that he was angry that his team, having lost two vital points during their match against FC Goa on Saturday evening. With the 2-2 draw, the Marina Machans have now collected 18 points from as many matches and are virtually out of the title race.

For Chennaiyin FC, the equation was simple. They had to win each of their remaining matches to keep their hopes alive for the playoffs. Up against FC Goa, they started with a bang, having scored the first goal in the 13th minute only to see them concede six minutes later. Even though the Marina Machans took the lead for a second time at the stroke of the hour mark, super-sub Ishan Pandita levelled the scores in the dying minutes. Chennaiyin FC head coach Csaba Laszlo was angry with his team, having dropped two points from the game.

“I have never had this kind of a running (series of results) in my career. We lost two points again. I am also angry. I told the players who came in to be aggressive and I missed a little bit of aggression in the game. The goal at the end was also an easy goal,” said Csaba Laszlo, during the post-match conference.

“I told the new players who came in to keep Goa away from the goal and make tactical fouls in the middle. This is why I am angry and disappointed. Even before the goal, we had the chance to stop them with a tactical foul twice. It is part of the game (and needed) to get results,” added the manager.

On the other hand, the manager also heaped praise on the way the players came back strongly after a disappointing loss to Jamshedpur FC in the last match. Laszlo’s men will lock horns with Northeast United FC in their next match, at the GMC Stadium, in Bambolin, next week.

“I am proud of the team because after the loss to Jamshedpur, we came back and no one expected us to play like this. it shows that we are together as a team and we will fight at the end,” stated the Chennaiyin FC head coach.