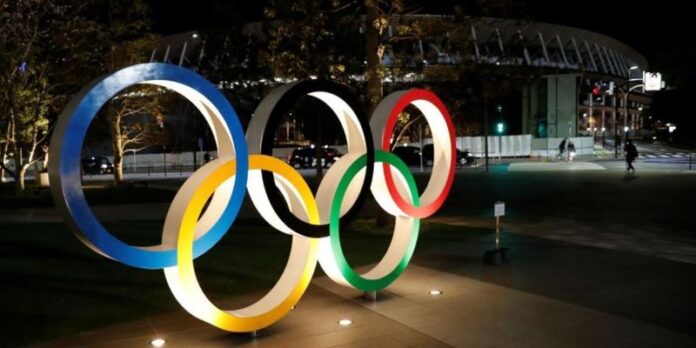 More than 11,000 athletes, along with coaches and support staff are likely to set their foot in Tokyo for the most-awaited Olympics in the modern era. With the pandemic situation still not eradicated and vaccines are yet to be rolled out globally, can Tokyo really pull off the coup?

International travel has been a hassle in the last twelve months, thanks to the Covid-19 virus. In spite of the lingering hazards, the world of sports has taken giant steps to prevail normalcy. Bio-bubbles have been a constant, with fans allowed with a limit in certain areas, while regular testing has been done before tournaments is the primary way to keep the athletes safe. But, what will happen if an athlete is not allowed to take part in the meet due to prior infection of the Covid-19 virus, even though the tests have turned out negative, or if they are not vaccinated prior to an event.

That’s exactly what happened to Indian shuttler Sai Praneeth during the Thailand Open, where he was sent back to India citing his reports were ‘unclear,’ even though it was later found that he had already developed antibodies. It’s horrifying to imagine if the same case persists in an event like the 2021 Tokyo Olympics – with more than 11,000 athletes in the village. How many would be sent back?

The Yonex Thailand Open marked the return of top-flight badminton this season, with the ranked shuttlers across the globe setting foot on the same land after almost a year. The Indian contingent, on arriving, went through the mandatory tests, during which Saina Nehwal and HS Prannoy were detected positive for Covid-19 and sent to quarantine for the same. Miraculously, Prannoy’s sample later returned a negative result.

In fact, both of them tested positive on the PCR test but their antibody IgG was positive – which meant that they were previously affected by the virus but are not carrying it right now. While they were allowed to feature in the Toyota Thailand Open, one of their compatriots – Sai Praneeth was denied the same, even though he encountered a similar situation. Now, that was hard to digest for the then world no. 13.

Having already played the first tournament and gearing up for the second in Thailand within a couple of weeks, Praneeth was stunned when the organisers summoned him and said that the ‘report was unclear.’ Any layman would clarify regarding the actual inference, so did the Indian, who was informed that he tested negative for antibodies, implying he still carried the virus within himself. Organisers, not taking any further risk, admitted Praneeth to a quarantine hotel and informed he would be hospitalized if any symptoms occur.

Not developing any indications, fresh tests were conducted where it showed that the shuttler had antibodies. Enquiring regarding the previous reports, he was astonished to find that he has antibodies detected in those also. As per the quarantine norms, he stayed at the hotel for a few days and asked to go back home. Praneeth missed a major tournament due to false reports. How can the organisers afford to make such errors, or is it too daunting a task to keep track of multiple reports and results within a small span. Organising an event like the Olympics demands systematic monitoring of the athletes inside the village. Is Tokyo really preparing to shoulder the responsibility?

The Indian Olympic Association (IOA) is clear with their stance of vaccinating Tokyo-bound athletes before the event kicks-off, which is also backed by Sports Minister Kiren Rijiju. As per reports, Indian shuttlers (Badminton being a popular sport) are set to receive the vaccine from the next month itself, even though a date has not been announced yet.

On the other hand, Japanese Prime Minister Yoshihide Suge suggested that the vaccine is a ‘clincher’ and won’t be a requirement. According to him, they ‘will prepare for a safe and secure Olympics without making vaccination a precondition.’ So, on what basis are the countries going to allow their athletes to compete in a meet which involves athletes from all over the world?

As alarming as it sounds, we are actually set to compromise the lives of thousands – athletes, coaches, support staff, if proper parameters are not maintained before the games get underway. Apparently, the International Olympic Association (IOA) is working closely with the World Health Organisation (WHO) to get all the people associated with the Tokyo Olympics vaccinated in order to save the biggest sports spectacle in the world. But, with the host country not on the same page, there is every possibility that the difference in opinion might cause disruption in the build-up to the Games.

Whatever the case, for a magnitude of this level, prerequisite conditions must be chalked out at least months prior to the opening ceremony. It’s quite obvious that the athletes would reside in a bubble, but it must be ensured not a single person is carrying the virus, or else, the consequences have to be suffered. It would be unfortunate if the Tokyo Olympics gets cancelled altogether, but we cannot stage the event even if there’s even the remotest chance of the virus spreading further, a virus which has claimed the lives of millions throughout the world.