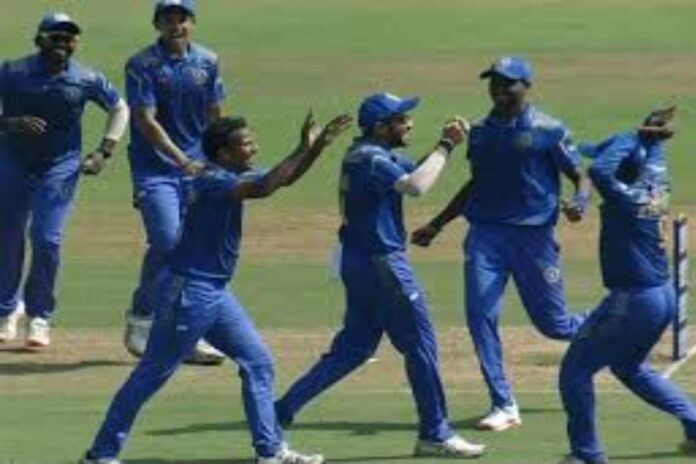 KXIP and KKR players endured mixed fortunes in SMAT 2021: while a vast majority of the Knight Riders stars disappointed, almost all the ‘Kings’ exited the competition with their reputation enhanced. From Prabhsimran Singh to Shivam Mavi, we look at how every KXIP and KKR player fared.

If, prior to SMAT 2020/21, Dinesh Karthik was keen to send a message to the KKR management, then, by the end of the tournament, he’d succeeded in doing so. DK not only performed his role as a finisher to perfection – played match-defining hands in four games, including in the final – he also, all through the tournament, showcased his tactical nous as skipper. Nothing exemplified this more than his punt in the final, where, on a dry surface, he deployed 13 overs of spin up-front to break Baroda’s back. Might be a crazy claim, but KKR are indeed wasting DK’s potential.

Nitish Rana picked up from where he left in the latter stages of IPL 2020, proving integral to Delhi’s dominant start to their 2021 SMAT campaign. The southpaw struck a match-winning 74 versus Mumbai and a valiant 66 versus Haryana in the space of 4 games, and both, incredibly, came at a strike rate more than 190. He ended the campaign as Delhi’s highest run-getter, but his efforts, unfortunately, weren’t enough to take his side into the knockouts.

After a reputation-hurting run in IPL 2020, Prasidh Krishna redeemed himself in SMAT 2020/21 and was one of Karnataka’s shining lights in their forgettable campaign. In a season which saw Karnataka’s experienced seamers – Mithun, Koushik and More – drop the ball. Prasidh stood out, not only picking more wickets than any other Karnataka seamer but also maintaining the best economy rate among the quicker bowlers. As it turned out, Prasidh’s 3/34 in the first game against J&K – which included the big wicket of Abdul Samad – was integral to his side making the knockouts in the first place.

Unlike Prasidh, there was no redemption for Rinku Singh. After featuring in just one game for the Knight Riders last season, the 23-year-old managed scores of 6 and 14 in his first two outings in SMAT 2020/21, after which he found himself ousted from the team. Quite a fall from grace for a batsman who not long ago was a red hot property in domestic cricket.

Mavi played one game more than his KKR and UP teammate Rinku Singh, but pretty much endured the same fate as the southpaw. A horror start to the season – 0/40 and 0/42 in the first two games – saw the right-armer get under-bowled in the third game, and eventually lose his spot in the side.

Sandeep Warrier slotted into his new side Tamil Nadu seamlessly and turned out to be the ideal foil for the spin of R Sai Kishore and M Ashwin. Warrier’s pace was integral to TN’s unbeaten run in the group stages and the tall right-armer played a vital hand in all but one of his side’s first six wins in the season. There were no standout performances, but Warrier, with his pace and bounce, chipped in with wickets at regular intervals throughout the course of the season.

The less spoken about Rahul Tripathi’s performance in 2020/21 SMAT, the better. The right-hander, despite being a senior figure in the Maharashtra side, accumulated a paltry sum of 21 runs in the three games he played. Tripathi’s horror show contributed to Maharashtra suffering an embarrassing exit in the group stages.

Kamlesh Nagarkoti and Varun Chakravarthy did not feature owing to injury, while Kuldeep Yadav and Shubman Gill missed the tournament due to international duty.

Prabhsimran Singh had the kind of season which explained why Kings XI Punjab shelled a ludicrous 4.80 crore for a 19-year-old version of himself. Opening the batting, the 20-year-old torched bowlers from start to finish and was the single biggest reason behind Punjab bulldozing their way to the semis. Prabhsimran, undoubtedly, would rue not propelling his side all the way to the title, but his stocks have raised manifold post his showing in SMAT 2020/21.

Mandeep was, remarkably, dismissed only once all tournament and registered scores of 99*, 35* and 42* in three of his four knocks. The top-order firing beyond expectations meant that Mandeep’s opportunities were few and far between, but the Punjab skipper ensured he cashed in and made every inning count. That said, he would be bitterly disappointed in not having taken his team all the way after dominating the group stages. Punjab were beaten by Baroda in the semis, and it, incidentally, coincided with Mandeep picking up an untimely shoulder injury.

Sarfaraz Khan desperately needed a strong SMAT showing on the back of a lacklustre IPL 2020, but, well, his performances left a lot to be desired. The 23-year-old managed a solitary fifty-plus score in the entire tournament and largely failed to make his starts count, contributing to a disastrous season for Mumbai in which their ship well and truly sunk. Like in the IPL, Sarfaraz straddled between playing the accumulator and the finisher and ended up producing the worst of both worlds.

The biggest surprise package in the season alongside Mumbai Indians’ Mohsin Khan, Darshan Nalkande was a revelation in SMAT 2020/21. Taking the brand new cherry for Vidarbha, the young right-armer picked 10 wickets in his first 3 games, including four-wicket hauls versus powerhouses Saurashtra and Rajasthan. His season finished on an underwhelming note – 0/30 and 1/41 in the final two games – but by game 3 he’d sent a message to the KXIP management.

Ravi Bishnoi, on the back of a stellar IPL season, entered SMAT 2020/21 with pressure and expectations, but lived up to his hype. Partnering Rahul Chahar in the middle-overs, Bishnoi spun a web around batsmen on the slow Indore wicket – where Rajasthan played their group games – and finished as the joint highest wicket-taker for his side. What was mighty impressive, however, was the control he displayed, which reflected in his ER of 5.75, the best among all Rajasthan bowlers – even better than Rahul Chahar.

Murugan Ashwin, well, had the most Murugan Ashwin-esque tournament you can think of – always reliable and consistent, and providing the cutting edge in key moments. While a vast majority of those who starred in IPL 2020 let their performance fall off a cliff, Ashwin backed up his stellar showing in the tournament with yet another domineering SMAT season. Perhaps he didn’t perform as well as he’d have liked in the knockouts – 1 wicket in 3 games – but he was the cornerstone of TN’s bulldozing run in the group stages. A bowler at his peak growing from strength to strength.

Like his KXIP teammate Bishnoi, Arshdeep, too, after a breakthrough IPL season, grew from strength to strength. Tasked with bowling the ‘tough overs’, Arshdeep picked up at least a wicket in all but one game in the season and further enhanced his reputation as a nifty T20 customer. Mighty impressive was his performance versus Karnataka where he finished with figures of 3/16, inciting a collapse which saw the side from the South get dismantled for 87.

Retained by KXIP ahead of more seasoned campaigners like Suchith and Gowtham, young Harpreet Brar had a season to remember. Operating in the middle in a well-oiled Punjab bowling unit, the left-armer, despite not picking wickets, strangled batsmen with his consistency, executing his role to perfection. Only Mayank Markande bettered his ER of 5.70 among all Punjab bowlers. Harpreet being frugal with the ball on good batting wickets was a testament to his ability and consistency.

Fresh from a stint as a net bowler in Australia which was cut short by injury, Ishan Porel displayed cutting edge with the ball that would, undoubtedly, have caught the attention of Anil Kumble & Co. Porel led Bengal’s charge early in SMAT 2021 – they were 3/3 at one stage – picking an astounding 11 wickets in the first three encounters. Granted a large portion of those wickets came whilst cleaning up the tail, the 22-year-old displayed maturity and leadership well beyond his age. As has been the case with many other teams, the batsmen let Bengal down, but Porel showed precisely why the Indian management are keen to fast-track him.

Deepak Hooda missed the 2020/21 SMAT after being suspended by the Baroda Cricket Association.