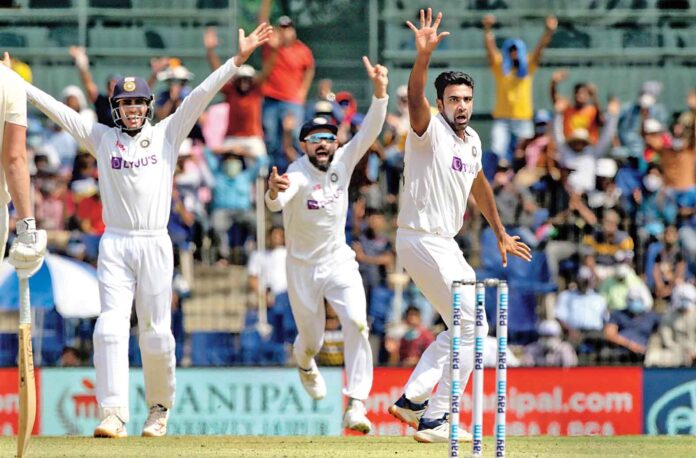 Former England spinner Monty Panesar has heaped praised on India’s spinner Ravichandran Ashwin and stated that he has it in him to become the no.1 all-rounder in the world. He also added that the ace off-spinner is in the same league as the greats of the game Warne, Kumble and Murali.

Ravichandran Ashwin has been a very good spinner for India over the years. In the last three-four years, his batting returns were not up to the mark. Ashwin had started his cricketing career as a batsman and only later turned into a spinner, so batting was something that always came naturally to him.

The right-hander has changed quite a bit as a batsman in the way he approached his batting in the last few Tests, simplifying things and it reflected in his brilliant century in the Chennai Test where he also took eight wickets and was named the Player of the Match. Former England spinner Monty Panesar feels that the Indian player can become the no.1 all-rounder in the world and also added that he is in the league as the legendary spinners of the yesteryears.

“What helps Ashwin is that when he bowls, he is able to think like a batsman and when he’s batting, he’s probably thinking like a bowler. He knows his job well. He knows when he has to attack the stumps, when he has to play a sweep shot. He is a special batsman and a special bowler as well. If the conditions favour him, he tries to be aggressive. He has got all the qualities of being a number one all-rounder. He’s the best. He is in the same bracket as Murali, Shane, Kumble, Harbhajan,” Panesar told TOI.

Panesar reckons that Ashwin is India’s leader in the spin department and has the ability to adapt quickly which makes him stand-out among the rest.

“Ashwin is a leader of the spin department. Jadeja isn’t and in his absence, Ashwin took on the responsibility really well and performed. Ashwin is a package of a good all-rounder. Look at his batting, he was just amazing. He has scored a lot of runs in domestic cricket. Now, he is doing the same for India. Coming in at number 7 or 8 and scoring a century, that’s commendable. Ashwin’s best quality is that he knows how to adapt to conditions quickly. That’s what we call experience,” Panesar further said.