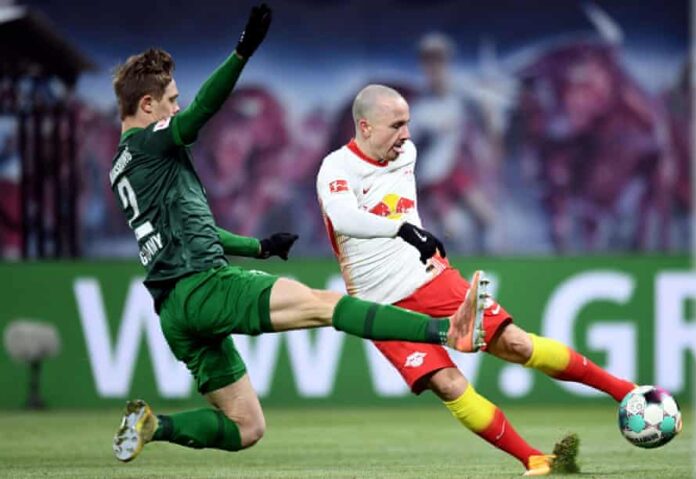 Last year’s semi-finalists RB Leipzig will have thought they’d drawn the short straw when this tie was announced in December, but the German outfit may see things differently now as they bring a four-game winning run into this clash against a faltering Liverpool side. They’ll look to add to their opponents’ woes by starting well, and scored twice before HT in their last two UEFA Champions League (UCL) matches.
What isn’t in their favour is that this ‘home leg’ is being held in neutral Budapest, although Leipzig’s UCL record when facing English opposition is promising (W3, L1), as is the fact they led at HT in two of those three wins – something they managed in their previous three competitive games too.
Jürgen Klopp’s 300th game in charge of Liverpool saw them fall to a 3-1 defeat at Leicester despite his side taking the lead, a result that made it three Premier League losses in a row – the first time Liverpool have done that since November 2014. However, they have a handy record against German opposition in Europe, unbeaten in ten games following a defeat to Leverkusen back in 2002 (W7, D3).

Prediction: Total goals will be under 5.5