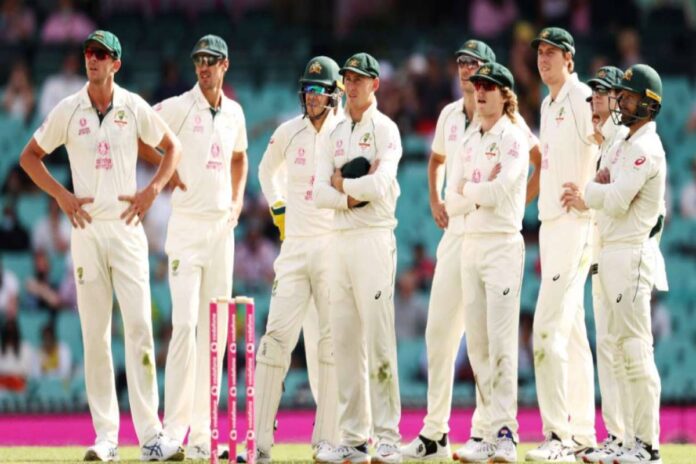 CA CEO Nick Hockley has confirmed that the board did offer CSA the option to host the Tests in Australia, a proposal believed to have been instantly rejected by the South African board. Hockley’s revelation comes on the back of Graeme Smith’s furious rant over CA’s last-minute cancellation.

After agreeing to sending an extended red-ball side to South Africa to play a three-Test series, Cricket Australia (CA), on Tuesday, took a u-turn and revealed, out of nowhere, that the Australian players would not travel to the Rainbow Nation owing to the worsening Covid situation in South Africa. CA’s decision to cancel in the eleventh hour was not taken lightly by CSA Director Graeme Smith, who in a statement late on Tuesday chastised the Australian board for pulling out.

Smith had revealed that CSA had fulfilled every wish of CA to ensure the highest standards of safety and security and added that the board were left ‘bitterly disappointed’ with Australia’s decision, which is bound to have huge financial ramifications for the South African board.

CA, since Smith’s statement, have come under immense criticism, but the board’s interim CEO  Nick Hockley defended the board’s decision and revealed that they, in fact, offered to host the series in Australia.  Hockley revealed that this proposal was rejected by CSA, but insisted that he was hopeful of rescheduling the tour at a later date in the year.

“We’ll work through over the coming weeks and months when we may be able to reschedule the series. We did offer to host the series here but Cricket South Africa made that very clear that they’ve got lots of other commitments and quarantine periods and the like that wasn’t feasible,” Hockley said in a statement.

“Certainly we made the formal offer to host. Cricket South Africa, and we respect it entirely, made their position very, very clear. We’ll work through when we can reschedule the tour, which we really want to do, over the coming weeks and months.

“I think CSA made their position very, very clear. We worked as hard as we could to try and make it happen but it came to a point where people would have to do pre-departure protocols and enter biosecure environments in preparation (to travel). We gave ourselves every shot and couldn’t have left it any later.

“What happened during the process is really two things. South Africa very sadly have hit the peak of their second wave, and then secondly we’ve got the more virulent strain, which there’s still lots of unknowns around. So as we’ve worked through the residual risk and also some questions and challenges around if we were to get a case how and when we can get our players back home, taking advice from medical experts and putting health and safety absolutely No. 1, we were really left with no option.”

South Africa are not the only country affected by CA’s last-minute pull-out as the decision effectively means that Australia now need a miracle to qualify for the World Test Championship Final. Behind both New Zealand and India on the WTC table, Australia now need England to register an unlikely series win in India to progress to the final. Hockley revealed that he spoke to the players and the players association before taking the final call and added that it was a shame that the players were being punished for no fault of theirs.

“We have done everything we possibly can to make this tour happen and it’s a very difficult and challenging situation in South Africa just now and that’s what makes it even more heartbreaking that we’re not able to go.

“All I can say is we play every ball on its merits. We’ve learned a fortune since we’ve started, we’ve got the best medical advisers, everyone’s becoming much more adept at the protocol and also risk assessment and unfortunately at this current time in South Africa we’ve just been presented with a risk profile which is significantly greater than anything we’ve encountered to date.”

The cancellation of the South Africa Tests could see all the Australian Test players feature in the future rounds of Sheffield Shield.