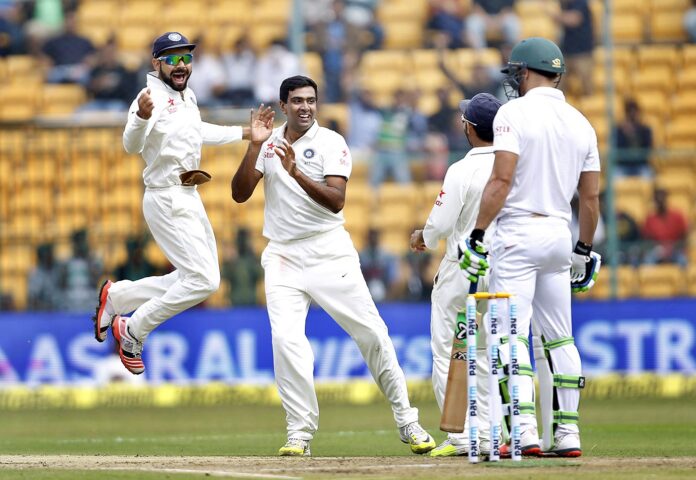 Former Indian opener Sunil Gavaskar has come out in defense of the Chepauk pitch and stated that no one complains when the balls pitch seams all day long and only about Indian pitches. He also added that as challenging a pitch this is, it’s not unplayable and the knock by Rohit showed that.

The Chepauk pitch has come under the scanner once again. In the first Test, there was criticism of the pitch as it played very flat on the first two days while the second Test pitch has been called out, mostly, by England fans and experts, for excessive assistance to spinners with pitch turning square and toss playing a major role.

However, former Indian opener Sunil Gavaskar has come out strongly in defence of the pitch in the ongoing second Test and stated that no one complains when the pitches seam all day long and only Indian pitches are targeted.

“We saw how Rohit Sharma getting 150, and yesterday he was getting close to ball and batting. This criticism (on pitch) is pretty unwarranted,” Gavaskar said, reported HT.

“Some of them are saying that – but you have a seaming pitch in England. Australia get dismissed for 46 – the ball keeps seeming all throughout. No one talks about that. It’s always about Indian pitches, and when the ball starts to turn, people pose a problem,” Gavaskar said.

He further added that people have double standards and Rohit’s knock in the first innings showed that it isn’t impossible to score runs on this deck.

“Yes. One or two who we know who don’t like India, who don’t like England, so they always be having a go at India and England, so that’s fine. We ignore them because we know the double standards. But basically, we saw with Rohit Sharma’s innings, if pitch was impossible, nobody would have scored 330,” Gavaskar said.

“It’s not unplayable. It’s a challenging pitch, and that’s what cricket should be about. In the first Test, on the first two days, when nothing was happening, people were saying ‘it’s boring, nothing is happening. It’s so easy to bat.’ So, there has to be a bit of balance between what is said. You cannot be complaining all the time.”

The former Indian Test opener also asserted that the talks should be about the batting and bowling skills than all the fuss about the pitch.

“You can argue that maybe England spinners are not as good as Ashwin. That they did not bowl the lines and length that Ashwin or Axar did. But you have to also argue that who has got the better technique when it comes to batting and who has the better skills when it comes to bowling. That really should be the debate rather than the pitch,” Gavaskar signed off.