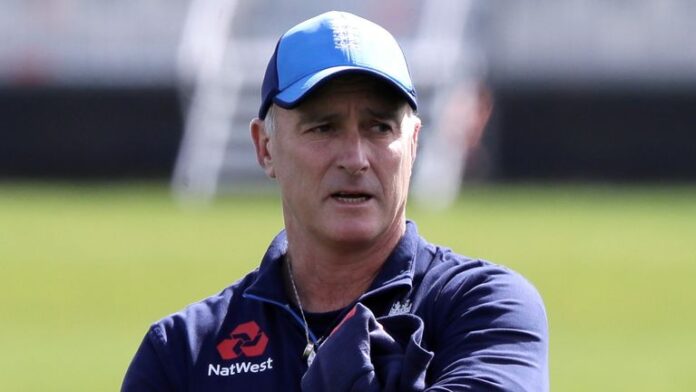 England batting coach Graham Thorpe has stated that the visitors need to bat extremely well and something amazing must happen for them to avoid a sure loss from a rampant Indian side. Thorpe has further added that they were naturally disappointed with the deficit in the game after two days.

England suffered a major collapse in the first innings after India posted a competitive total of 329 runs and even though they just managed to get past the follow-on mark, the eventuality was all too familiar for a team that had lost only two Test matches at home in the last nine years.

With India now looking to stretch their lead, which currently stands at a brilliant 249, things look ominous for England. Batting coach Graham Thorpe admitted the same and asserted that England need ‘something amazing’ to avoid defeat against India in the second Test in Chennai.

“You’d say we need something very special to happen tomorrow for us and for somebody to do something amazing with that bat. We’re naturally disappointed with the deficit in the game after two days, but it’s important we don’t allow ourselves to get too down about it,” Thorpe said in the virtual press conference from Chennai.

“The most important thing is our dressing-room doesn’t get too affected by today. We’ve got some players in our team touring this part of the world for the first time against a very strong Indian side. Just as last week when we won the first Test match and we had to work extremely hard for it, here we know we have to stand up and keep learning as well.”

England wicketkeeper Ben Foakes, who replaced Jos Buttler for the second Test, was a treat to watch behind the stumps and staying true to the reputation, he batted as a man possessed. However, he didn’t find required support from the other end, resulting in a pretty dire situation and Thorpe admitted that a little bit of support here and there would’ve made things a lot easier.

“I thought Ben Foakes played very well, but we’d lost early wickets and that really set us back. We didn’t get the partnerships going – the guys had plans, but they didn’t happen for us.

“There were some good deliveries in there, some unfortunate dismissals and some good catches as well. We knew we were going to have some tough days here and it’s incredibly challenging on that surface.

“Even in the first Test, we believed it was a good toss to win and this one was just as important. Pitches deteriorate as the game goes on and this one has gone a little bit quicker,” he added.