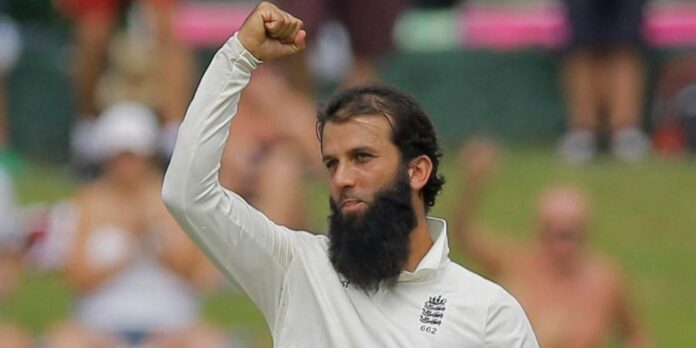 English coach Chris Silverwood has full faith in experienced English all-rounder Moeen Ali’s abilities should he play in the second Test against India. It was surprising to see the all-rounder missing out in the Test series opener after he had missed the last series against Sri Lanka due to COVID.

Moeen Ali has been one of England’s key players in Asia given he bowls off-spin and is pretty handy with the bat in the sub-continent conditions against spin. After missing out in the two-match Test series in Sri Lanka, it was expected that the all-rounder, who last featured in a Test as long back as 2019 Ashes, will feature in the XI in the first Test against India. But it was not to be as England surprisingly overlooked him.

Now, for the second Test, he can come into picture if not as one of the two spinners then perhaps in place of someone like Daniel Lawrence, especially after the youngster failed with the bat.

English coach Chris Silverwood revealed that Moeen has worked hard and should he play, he has full faith that the 33-year-old will do well.

“Moeen has worked as hard as he can with the facilities we have,” Silverwood said. “Obviously he has not played in a game and we know that. We accept that those are the times we are in, but should he play, I would have every confidence in him,” Silverwood said, reported ESPN.

After an impressive first innings where he took four wickets, offie Dom Bess struggled largely in the second innings but the English head coach is confident that such things are part and parcel of the game. There were quite a few full tosses and long hops delivered by the young spinner, which isn’t common when it comes to specialist spinners in Tests and were on display even in Lanka Tests.

“I think he just had a bad day, which can happen to anybody. The top and bottom of that one is that we’ll get in the nets on Thursday and we’ll get bowling again and I’m sure he’ll get straight back on the bike. I’m not concerned at this moment in time. Did he have an attack of the yips? No, absolutely not.

“I am not worried. I had a chat with him afterwards and he’s still in good spirits. Everybody has a bad day and I can accept that. It’s not through lack of effort. We get to the nets, work hard again and find him some rhythm: I am sure he will be fine,” he said.

With the second Test at the same venue, Chepauk, crowds are set to return back to the picture and Silverwood is quite excited about the same heading into the next game.

“Am not concerned about the bubble aspect. They have been brilliant and we all feel safe. And from the crowd point of view, we will be having noise in the ground again and it will be fantastic,” Silverwood said, reported TOI.

“I mean if we get anything like that, like some sort of normality, it will make everything just a bit more buzz really and I think it will be great. We have got no concerns (on fans being allowed for the 2nd Test). Since we have been here, we have been very well looked after and we feel safe in the environment,” he added.