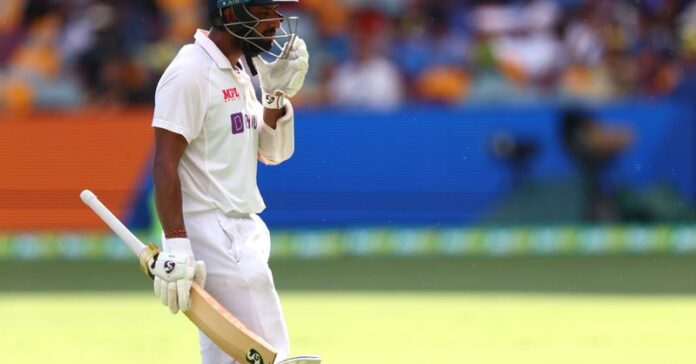 Pat Cummins revealed that he expected Cheteshwar Pujara to unsettle the bowlers by scoring a bit more quickly but admitted that he was surprised by how religiously the right-hander stuck to his approach. Cummins added that, for a bowler, there are pros and cons in bowling to a defensive player.

Pujara batted at a snail-like pace everytime he strode out to bat, and his approach in the first innings of the Sydney Test, in particular, came under fire from fans and experts, who believed the right-hander was digging a grave by not upping the scoring rate. Yet unphased by the criticism, Pujara, remarkably, batted at an even slower pace as the series progressed, eventually finishing with a SR of 29.20, by some distance the slowest amongst all specialist batters in the series.

Through the approach, Pujara sucked the energy out of the Australian seamers and none knows it better than Pat Cummins, who toiled harder than any other bowler in the series. Reflecting on the 2020/21 Border-Gavaskar Trophy, Cummins revealed that he and the other Australian bowlers expected Pujara to try and put pressure on them by taking risks, but admitted that they were outwitted by the patience of the Saurashtra man.

“It’s interesting. After the first two games, in some ways, I thought he might have had to adapt to try to take the game on a little bit more and put pressure back on the bowlers. But if anything, he went the other way. He went, “No, I know my game so well, I’m going to just bat and bat and scoring will take care of itself” – whether it’s down the other end or later in his innings,” Cummins told ESPN Cricinfo.

“Maybe we set some tighter fields than we did a couple of years ago, but I felt like a lot of the time he was there just to face out the tough spells, bat and bat and bat, and in some ways selflessly take some overs out of the bowlers and the ball, with the hope that the lower middle order can cash in even if he doesn’t.”

Why Pujara’s approach irked many was because they felt the No.3 batsman, by adhering to a full-on defensive approach, was letting the bowlers grow in confidence by allowing them to bowl where they want. Cummins revealed that bowling to a batsman like Pujara is a double-edged sword – you have a bigger margin for error but, at the same time, you could end up bowling a day full of overs without any rewards.

“I’d say in some ways it’s true. With someone who doesn’t look to take the game on, you feel like you can experiment a little bit more, maybe be a little more aggressive in bowling a touch fuller, try to swing the ball, play around with your crease position, knowing that if you’re slightly off you’re not going to get belted for four like you might against another batsman.

“But on the flip side, if the batter’s good enough to get through that and they can bat and bat, well it doesn’t really matter what you bowl at them, you’re going to have to bowl lots of overs. It really comes down to the fact that if he doesn’t bat lots of time you feel great and love bowling to him. If he does, you go, okay, well, his method is obviously working.”

Pujara scored 271 runs in the series, but none were more impressive than the 56 he accumulated in the final day of the Brisbane Test, where he refused to get out despite copping blows left, right and center. Cummins, who put in a shift and a half on that final day, revealed that he and his teammates expected Pujara to err after getting hit, but admitted that the resilience and the concentration powers of Pujara took them aback.

“I’m not sure you change how you bowl, but it’s incredibly rare that someone gets hit on his body and wears so many bruises without trying something. You hope if you keep doing that, maybe they’re going to try to put their gloves up and you’re going to get a catch that way, but he really stuck to his processes. It makes it hard if you know that short ball is there either to catch the gloves or to get them trying to hook.

“You feel like you’re getting closer to a wicket each time they cop a bruise, and like they’re going to have to change their game and start fending or take the game on a bit more. So for someone to stay with their process the whole time, it does take the sting out of that short ball a bit.”

“Oh absolutely, it’s like a pillow. In the first innings at the Gabba, my first ball to him was a genuine nick. The ball before, I’d nicked off Shubman Gill and it was caught by Smithy above his head, and then the next ball bounced in front of Smithy. Just soft hands, plays it incredibly late, you can see why someone like that is so hard to dislodge, because there aren’t edges flying to the slip cordon. He tries to put all the odds in his favour.

“I think we’ve played long enough to know it’s more skill than luck. But it does make you change, the slips do have to come forward a couple of steps because you aren’t going to get those hard hands [where the ball flies] off the bat. It can be frustrating sometimes when you’ve got a brand new ball and it’s still not carrying.”