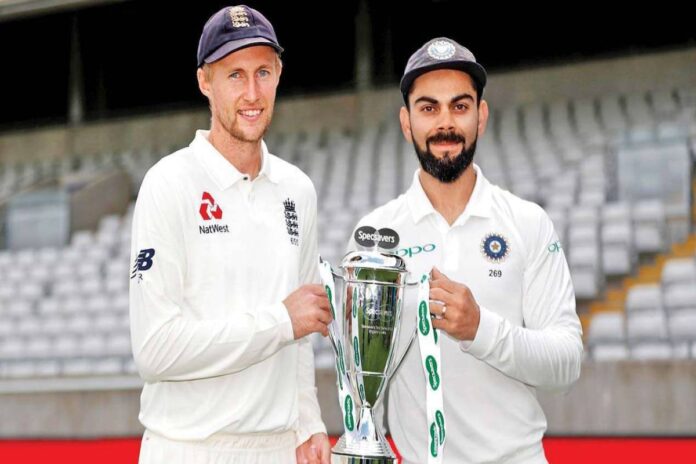 England skipper Joe Root claimed that India, on the back of their heist Down Under, will be under significantly more pressure than England to win the series, and added that his boys are quietly confident of doing well. Root said that a series win in India would be his biggest achievement as skipper.

Not once in the past decade have team India not started a Test series at home as overwhelming favorites and this is largely due to their absurdly dominant record at home. Two series is what India have lost at home in the entirety of the 21st century and under the leadership of Virat Kohli they have lost a solitary Test, maintaining a 100% win record in terms of series. They would thus have walked into the England series as favorites under any circumstances but the side’s recent 2-1 victory away in Australia has meant many viewing the forthcoming four-Test series as a mere formality.

A day ahead of the curtain-raiser in Chennai, England skipper Joe Root acknowledged the same and claimed that all pressure will be on India to come up with the goods. Root also added that England, who are currently on a five-match winning streak away from home, are ‘quietly confident’ of doing well.

“It’s going to be an amazing series to be part of. To get the opportunity to play India off the back of them beating Australia in Australia – what a scalp that would be for us. There will be more pressure on them than us – they have an expectation to uphold that record they have in their conditions,” Root was quoted as saying by Cricbuzz.

“We’re quietly confident. We’re playing some good cricket, we’re improving all the time, implementing the game plan we constantly talk about more consistently. I think it’s going to make for a fascinating watch. I’m really excited about it. It will be great for Virat to be back out there as well and for cricket fans in general – we want to play against the best and you want to beat the best. It’s an opportunity for us to do that. It’s going to be great fun and I’m really looking forward to it.”

England were thumped 4-0 the last time they visited India, and in the past half a decade India have humiliated opponents at home, with Australia in 2017 being the only exception. Now on his third tour to the country, Root knows how daunting it can be to take on an in-form Indian side in their own backyard, but the England skipper asserted that he and his boys are not scared and are rather looking forward to the arduous task that lies ahead of them.

“It’s a big one, we’re all aware of that because it’s a very difficult place to come and win, but that doesn’t scare us and it shouldn’t. We should embrace that challenge and take a lot of confidence from the improvement we’ve made, keep striving to get better and do something special this time around.”

Appointed Test captain in July 2017, Root is currently enjoying the best phase of his captaincy career, having not lost a Test as skipper since Boxing Day 2019. England’s series win in South Africa last year, to date, remains Root’s best achievement as a Test skipper, but the 30-year-old admitted that a series win in India will eclipse every prior achievement of his as a leader.

“I think it would be (the best achievement as captain).”When I came into the team in 2012 I played a very small part in that amazing series. That 2012 tour was very special and I don’t think at the time I appreciated how hard it is to win in these conditions.

“Having toured since I have a better understanding of it and of course it would be a huge achievement for this group of players. But it’s one we certainly have the tools to go and do and the players to win these four games. I’m really excited about it. It should be really good fun.”