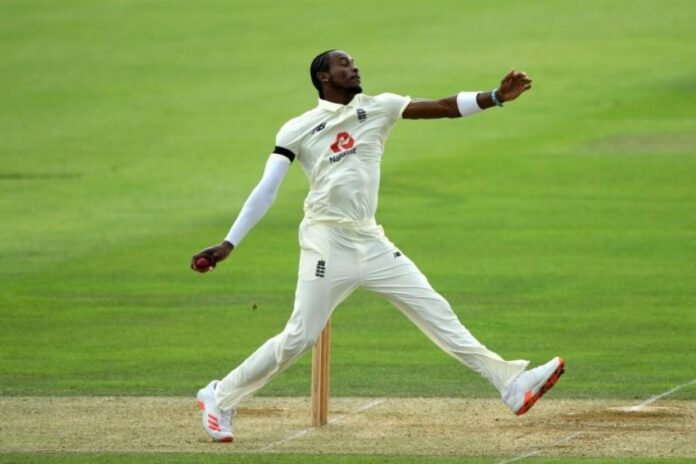 England’s Jofra Archer tasted success in his very first Asia Test in India, which is rare, and the pacer has admitted that nothing compares to this win having played all around the world. He also termed the fifth day Chennai surface the worst he has seen, though he expected more fight from India.

Winning in India remains the biggest challenge for Test teams in world cricket. No other team even comes close to India’s crazy home record. They last lost a Test series in 2012/13 while, overall, they have only lost two Test series since the start of the century. In the last decade, Team India lost only three Tests at home. So, all these stats plus the high of winning Test series Down Under with a depleted side made Virat Kohli’s men the topdogs to win the first Test against England.

Unlike the Australia series, however, India didn’t even show any fight let alone being in game to win. England were clinical enough throughout the game and never gave India a sniff for a fightback. Jofra Archer, who was crucial in England’s first innings bowling efforts, taking two wickets in his opening spell, expressed his pleasure at winning the Chennai Test, a feeling and feat which he finds ‘incomparable’.

“I’ve played in tournaments around the world, and had success, but winning a Test is one of those indescribable feelings, especially against a really good team. Nothing compares,” Archer wrote in his column for the Daily Mail, reported HT.

There was a lot of hype around the Chepauk wicket. It was heavily criticized in 2016 when it hosted India and England for being excessively flat. But this time the newly appointed curator had promised that there will be sporting wicket with English looks that will support pace bowlers on first day, followed by two batting days and then the last two days in favor of spinners.

On the contrary the first two days of the Test was akin to a graveyard for bowlers. There wasn’t much carry on the wicket which was slow and turned tricky and unfavorable by the time India’s first innings commenced on day three. Commenting on the surface, Archer stated that it was the ‘worst surface’ that he had seen. He also added that he didn’t expect India to surrender so quickly on final day of the Test series opener.

“On the fifth day, it was probably the worst surface I’ve seen — its orange colour, bits missing, rough patches for the bowlers to aim at. When we walked out in search of nine wickets on the fifth day, I was very hopeful we would complete the job — although these India players have big reputations and are at home, so should be able to cope with conditions better than anyone. So, I didn’t expect us to skittle them. Equally, I didn’t expect it to finish not long after afternoon drinks.”

India will take on England in second Test in Chennai again from Saturday onwards before the Caravan moves to Ahmedabad for the last two Tests of the series. At the moment, England have a lead of 1-0.